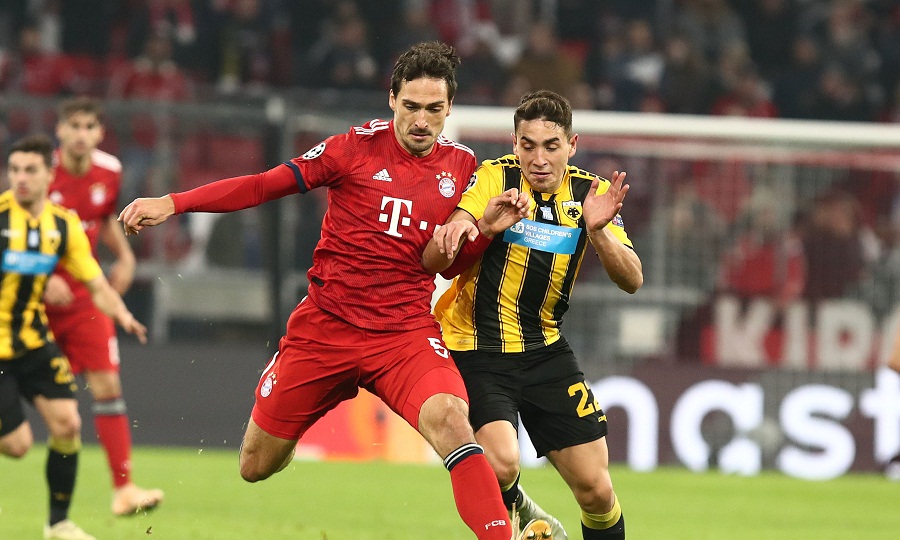 Unlike OAKA, Bayern was forced to run more than AEK in the "rematch" in Munich.

UEFA official statistics showed that the Bavarians achieved 110,136 meters, while the "yellow-blacks" were only three meters shorter (110,133). However, the "Union" reached this year's Champions League average, which is 109,272 meters per game.

Bayern had the ball possession of 62%, with 8 strokes and 4 goals, while AEK just one shot and this goal (Lampropoulos' head in the first part). The hosts also had 11 corners against 1 of the "Union".