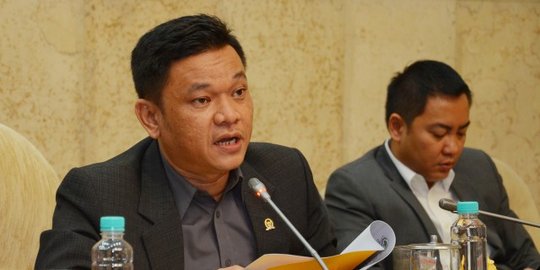 Merdeka.com – Democratic Party Chairman Susilo Bambang Yudhoyono (SBY) has admitted that the party that had presidential and vice-presidential candidates benefited more from the 2019 elections because it took place simultaneously with Pileg. Therefore, the Gerindra and PDIP parties are considered to be more profitable.

This was rejected by the Golkar party, which waged the candidate for president Joko Widodo. DPP President Golkar Ace Hasan Syadzily considered what SBY felt because the pair of presidential candidates was from the same party.

While Jokowi, although associated as PDIP cadres, has given all coalition parties the chance to win the 2019 legislative elections in common.

According to Ace, due to Jokowi's position, he was not the president of the PDIP. Unlike Prabowo Subianto. So, Golkar can also make a branding using Jokowi's figure to win Pileg.

"Pak Jokowi is not the party's general president who has a strong association with one of the parties. The Golkar party is always trying to co-brand, for example with GOJO (Golkar Jokowi)," he explained.

Those also insinuated Prabowo who was considered unable to manage the coalition properly. So it comes to the concern that SBY has sent.

"In essence, it depends on who is the presidential candidate, the ability to manage the coalition as well as possible," he concluded. [cob]