This is the design of Mars, there is a park and a gym – VIVA 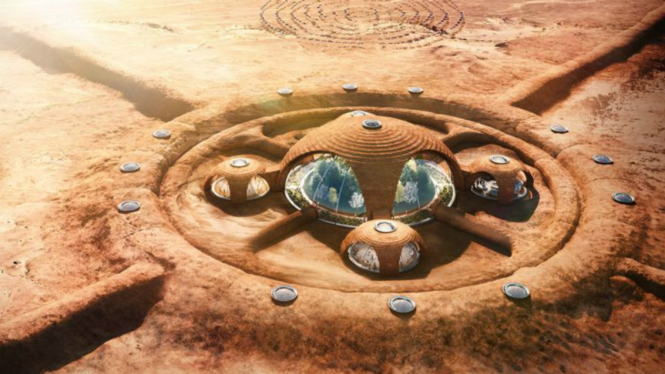 VIVA – Mars is expected to be a second home for people after Earth. Scientists in recent years have made researches and observations on the red planet.

If life on Mars can really be done, maybe some people think places of accommodation will be limited to the basic level. In other words, far from luxury as found on Earth.

However, experts say this will not happen. On the contrary, living on Mars could be a potential to have a decent lifestyle.

Quote by site the mirrorWednesday, November 7, 2018, Pennsylvania University's Human Behavior Expert, Mars Stephen Petranek, and Professor David Dinges, made three design houses on Mars. The project was created to celebrate the launch of the second series of Mars on National Geographic.

Each design, first of all, is an apartment for young professionals. The residence will have a garden, dark windows and a roof full of water. According to experts, the price can reach 350 thousand pounds or around 7 billion Rp.

Then it is a family home built with a garage. There is also a conservatory-style veranda or glass room to keep the plants. The house has a value of £ 650,000 or about 12 billion Rp.

Experts also predict that there will be luxury houses on the red planet. Rated to 2.5 million pounds or around 48 billion Rp, this house has several amenities such as at the gym, spa, carport, even the playroom.

National Geographic questioned even 2000 people about their desire to live there. Interestingly, 10% of respondents are willing to move, even if the occasion is likely to happen one day. Then another 15% believe that buying properties on Mars is more attractive than on Earth.

"Ultimately, life on Mars must seem more attractive, so more people are interested in living there." When we did this, we asked what design we would implement when hundreds of thousands of people they finally moved to the Red Planet, "Petranek said. (Asp)