VIVA – The Kawasaki W175 is a choice for classic motorcycle fans. Now PT Kawasaki Motor Indonesia as the official Kawasaki agent in the country complements its variants by adding special editions with new colors.

"We introduce new colors, namely blue that is synonymous with classical shades, making it even stronger image retro attached to this motorcycle, "said KMI's head of sales and promotion, Michael C. Tanadhi, in his official statement Friday, November 9, 2019.

The new Kawasaki W175 color has the same specifications as the models currently sold. The engine is a 177cc air-conditioned cylinder with a five-speed manual transmission. 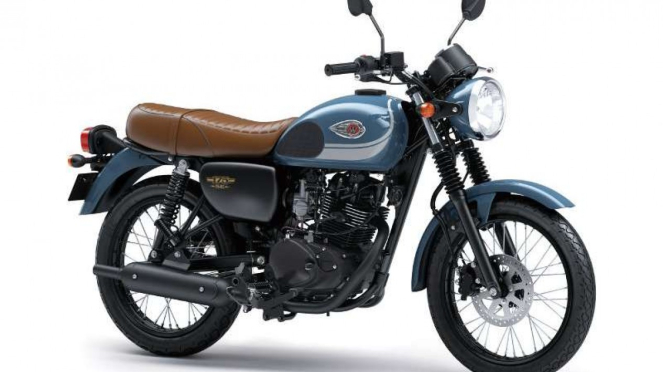 The blue comes as a special edition, with a combination of brown seats, which complements the choice of variants in the Kawasaki W175. While black and silver combined with stripping new to the body.

The Kawasaki W175 2019 is still at the same price, which is IDR 29.8 million for the standard model and IDR 31.1 million special edition.