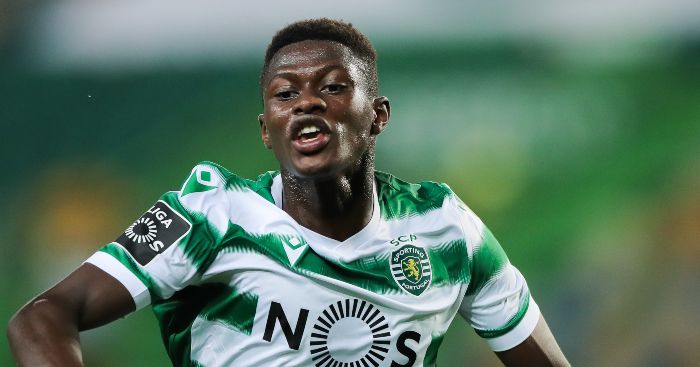 Sporting Lisbon has rejected Liverpool’s offer for their defender Nuno Mendes, according to a Portuguese journalist.

The 18-year-old has played very well at Sporting Lisbon lately, making him one of the best rated young players in Portugal.

He made nine senior appearances last season and has already joined the Portuguese under-21 team.

EVERYONE LOVES: Robbie Keane was an underrated Emerald genius

Mendes started in all but one of Sporting Lisbon’s Primeira Liga outings this term, with the Portuguese team currently top the league with ten wins and two draws.

Leicester City and Arsenal were previously linked to Mendes, while reports in September last year claimed that Sporting Lisbon’s agent was contacted by Liverpool.

And now gate journalist Bruno Andrade (via Witness the sport) claims that Liverpool had an offer of 25 million euros “rejected” by the Portuguese giants.

Despite this knock-back, the Reds are still “strongly interested” in the youngster, but are now facing “competition” from the Real Madrid League team.

The report adds that Sporting ‘does not intend to sell the 18-year-old left-back for less than 40 million euros.

Nuno Mendes: Liverpool, who already had a 25 million euro offer rejected, remain as strong as they are interested, but now have competition from Real Madrid. Sporting do not intend to sell the 18-year-old left-back for less than 40 million euros

Meanwhile, Liverpool manager Jurgen Klopp insists he and Fenway Sports Group owners are on the same page when it comes to the business transfer amid the Covid-19 pandemic.

Klopp said: “In good times, everyone thinks our owners are really generous – ‘God, big signatures, whatever’ – and in bad times everyone thinks they’re very close – maybe because they come from another country – but they are not, they are absolutely concerned about the club and the success of the club.

“And this is an understanding of how we have it. They see exactly the same things they see about the need for players and other things – it doesn’t mean they say “By the way, half a center would be really nice” and they say “Wow, half a center. Really? Why?’.

“It’s clear, everything on the table, we’re working on it. This is the situation and on top of that we have January, not the easiest transfer window, having the money not exactly as we want.

“It’s a window where other clubs say ‘No, we have enough (money) to survive,’ so we don’t do anything about our goals.

“It has nothing to do with worry (whether it affects their chances of defending their title) or not. These are the facts.

“My job is to deal with the circumstances that I always face. If the world were in a completely normal place, we would try everything to do the right things now, but the world is not in a normal place, so I don’t know why we are constantly trying to treat football as if it were independent of other issues around. “