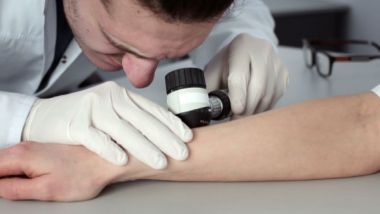 Milan (askanews) – Itching to prevent sleep. This is the main symptom of atopic dermatitis, the most common inflammatory disease of the skin, affecting between 5 and 8% of the adult population, and that in the most severe forms it is characterized by skin lesions that can cover most of the body.

A disease, in the most acute, deactivating forms. But for today's patients, the first biological therapy reimbursed by the National Health Service is available for the treatment of severe atopic dermatitis in adults for whom ciclosporin treatment is contraindicated, ineffective or not tolerated.

Giampiero Girolomoni, a professor of dermatology at the University of Verona, explains: "Atopic dermatitis can be treated today: there is a new drug called Dupilumab, recently approved by AIFA, which allows the treatment of moderate and severe forms of the disease very effectively along with a profile "It is a medicine – the teacher continued – extremely well tolerated, has no drug interactions, does not require monitoring of laboratory tests, is administered subcutaneously every two weeks and he has demonstrated in very large clinical trials and experience at least two years in the United States and in Northern Europe, which is effective in the vast majority of patients. "

Dupilumab was included in the list of innovative medicines of the Italian Medicines Agency. But what are the therapeutic benefits of using it? Antonio Costanzo, the head of the Dermatological Unit of the Humanitas Clinical Institute in Rozzano: "The added value of Dupilumab is that it manages to control the signs and symptoms of atopic dermatitis in the long term." Atopic dermatitis is a disease characterized by skin lesions that are rather poisonous There is an intense itching that makes sleeping difficult, Dupilumab can control skin lesions and can control long-term itching without side effects. "

For the Italian association of atopic dermatitis, who are patients, the introduction of the new drug is "after 50 years without real novelty in treatment, a real revolution" for those affected by the disease.