Cdp, this is what it will do: construction site accelerator and startup fund 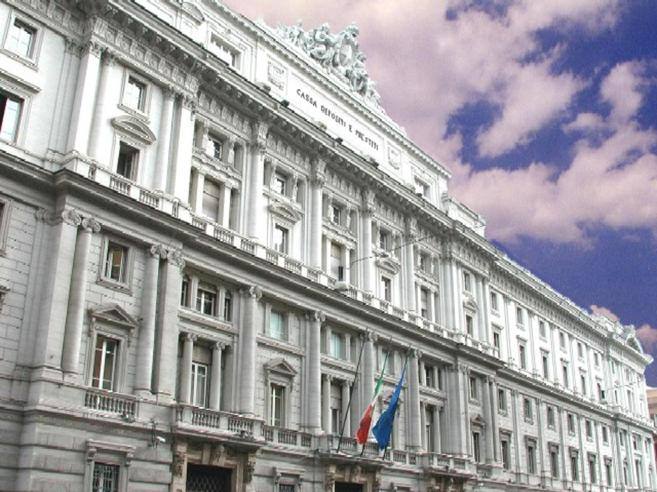 Cassa's role Prestiti Depot is beginning to form as a development arm in line with the Lega-M5S Government's vision. The industrial plan under development by the new CEO, Fabrizio Palermo, 47

years, which must be approved by the Board of Directors in early December, will provide some financial support to the state, starting with anticipating payments of corporate loans to public administrations, as well as national and European structural funds.

Among other elements of the plan – anticipated yesterday by the agency agi – According to some projects, the emergence of an infrastructure accelerator, ie a unit to support public administration to develop infrastructure plans – water, local public transport, waste – and urban rehabilitation of large cities, also by preparing and managing applications for offer and exploit the opportunities offered by EU funds to mobilize public and private investment. In plans, there is also the creation of a new Enterprise Finance Facility (a step advance in Pentastellato's sub-secretary to the Council Presidency, Stefano Buffagni, to the general lending states in Milan), as well as the creation of private equity funds for to attract private capital. The plan also provides for the creation of a public control room to direct investments and increase resources.

This is the industrial decline of what, according to the governmental agreement between Lega and Cinquestelle, should be the role of Cdp as a public investment bank, although within the limits of the status constraints

Cassa – which can not be a bank in a strict sense in order not to fall into the capital restrictions of credit institutions – the protection of minority shareholders, ie the Foundations, which have about 16%, and above all to protect the greater wealth of Cassa, that postal savings. a fixed point that the foundations do not intend to give up, as confirmed by Giuseppe Guzzetti, President of Fondazione Cariplo and dell'Acri on Friday: We want Cassa to fulfill his role, his role in accordance with regulations and without adventures . I said not to Alitalia because status prohibits it: Cdp can not go into companies that are facing a loss and that can have a negative effect on the fund, such as future losses or risks.

At these stakes, the Cdp of Palermo is studying the possibilities of strengthening intervention in the territory and in favor of growth. For example, one of the assumptions that Cdp supports public administration through an increase in financial instruments that will include the development of the treasury service,

anticipating structural funds and anticipating PA debt payments. These are slides from the slides in the draft business plan of Cdp 2019-2023 circulated yesterday. The body chaired by Massimo Tononi and controlled by the Treasury also provides for the extension of support services for the management of national and European public funds and the identification of opportunities for optimization in the management of the budgets of public bodies. Finally, support is given to the process of digitizing payments to and from public administrations.

Cdp will also develop urban rehabilitation plans for at least six major cities (Genoa, Turin, Venice, Rome, Naples and Palermo) that will be implemented in collaboration with the Public Administration. it is also planned to redefine the properties owned by Cdp and support for the construction of local infrastructures.

The plan will also clarify the role of Cdp in politically warmer matches such as privatization – we spoke in the last days of the transition under Cdp by Leonardo, Enav and 3.3% of Eni in the hands of the Treasury – the acquisition hypothesis of state buildings and the possible creation of a single fiber optic network company between Tim (Cdp has 5%) and Open Fiber, midway between Cassa Depot and Enel.