on board there is Italian technology

Exactly six months and 21 days. This is the journey time of Insight to the red planet. NASA spacecraft left May 5 at the Vandenberg Space Base in California, and arrival on Mars is scheduled on Monday, November 26, at 21.53 minutes plus minus minute.
Even on this fascinating and evocative journey in the External Solar System, once again, there is a peak in Italy. 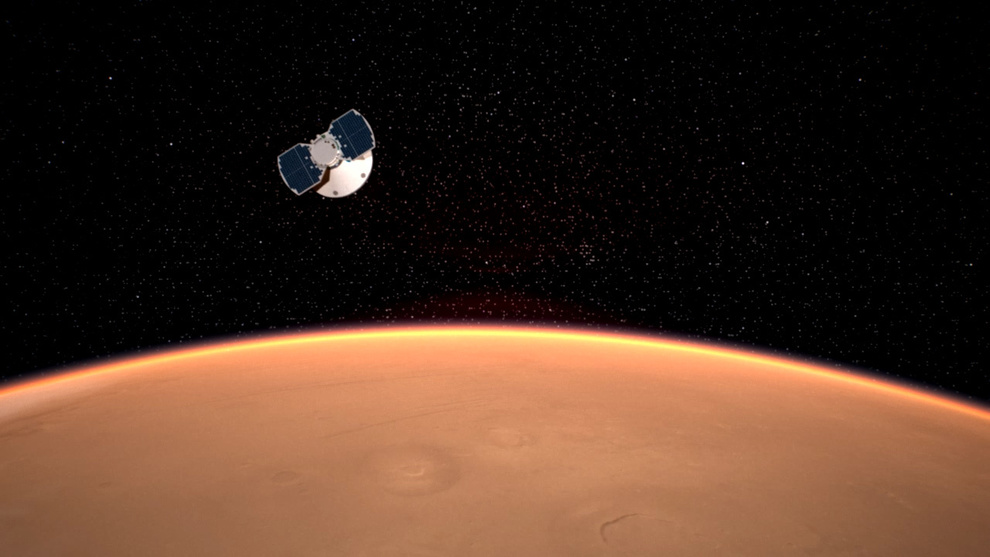 WARMING UP
It's called the Mars region on which the probe will be next Monday Elysium Planitia. It is an area close to the equator chosen by the twenty American scholars. It was considered the most suitable for "taring" due to its orographic characteristics. But not only. The area is also well lit by the solar rays needed to recharge its power supply systems. But Insight will not be left alone, almost, so to speak, he will have other terrestrial creatures sent to Red Planet in recent years. The nearest field car will certainly be Curiosity, while another sample, Opportunity, is far removed, but still in the same area.

THE PURPOSE OF THE MISSION
Insight, his acronym Internal exploration by seismic, geodesy and thermal transport investigations, translated into Italian for "internal exploration using seismic surveys, geodesy and heat transport", has a clear and precise mission: the discovery of what is inside the planet, what is hidden in the basement, and above all , understand how it has evolved over millions and millions of years. The idea is to pass on to just 4, 5 billion years in time to find out what happened at the time of the solar system.

THE CRITIC MOMENT
The worst moment in such missions, of course, is the arrival. If not for an established fact: So far, only 40% of landings, at least as far as the United States is concerned, have been successful. In fact, it is known that NASA believes that this time is a kind of horror movie with the so-called "Seven Minutes of Terror". In any case, deceleration techniques have been studied and to stop the difficult and problematic discovery on the planet will be first lighting the small rear-view mirrors and then opening a large parachute. Almost simultaneously, the heat shield that protects the envelope will be removed, and finally, the three legs that have the extra burden of cushioning the impact with Martian soil will eventually unfold. 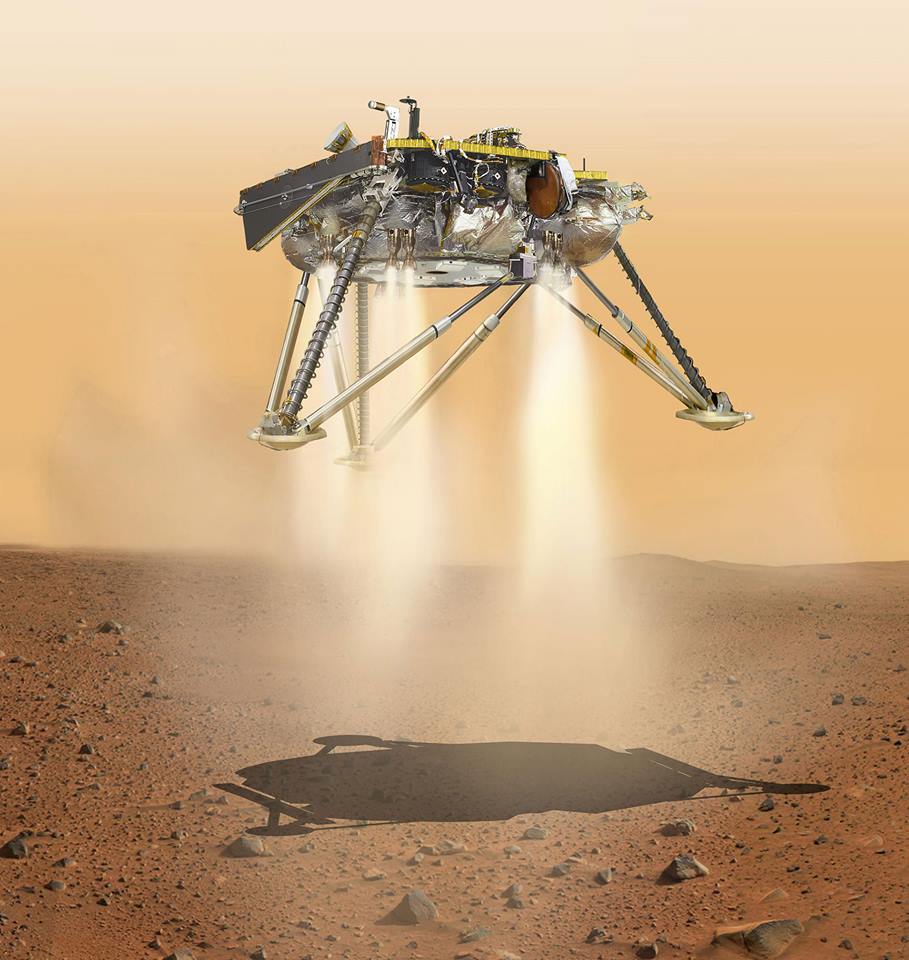 (The most critical moment of the mission, as NASA technicians imagine)

ITALIAN TECHNOLOGY
As already mentioned on board, there is also Italian technology. And what technology! In addition to a seismograph, a probe location tool, a weather station and two cameras, there is also LaRRI (Laser Retro Reflector for InSight), an instrument developed by the National Institute of Nuclear Physics, with the support of the Italian Space Agency.
"New generation micro-reflectors such as LaRRI – explains project coordinator Simone Dell & Agnello, from Frascati Infn laboratories – are installed on planetary surfaces to measure their position from laser satellites in orbit to hundreds of kilometers altitude ".
"In the long run, however, Raffaele Mugnuolo, a referent for Asi-Matera, replied that microreflectors would serve for a multitude of purposes: for example, as a surface repeater for investigating the Martian atmosphere as a diagnosis of laser communications on the planet's orbit Alternative Mars to Radio) and as a support for a laser-guided "taring" next to the new Mars 2020 rover for a future NASA mission dedicated to the recovery of samples to be extracted from Mars soil by Mars 2020, the successor of Curiosity Rover operating on the Red Planet from 2012 ».

(The NASA film illustrating the mission)

HOW TO HELP MISSION
For the space mission enthusiasts, NASA has achieved a place ad hoc if you can check the count down, watch the phases of the approach and everything related to the moments of the great adventure on the Red Planet of Insight. With the hope that the soft impact is.