Approve the powers of the 13th Saeima; Deputies swear by both Latgalians and Lithuanians / Article / LSM.LV 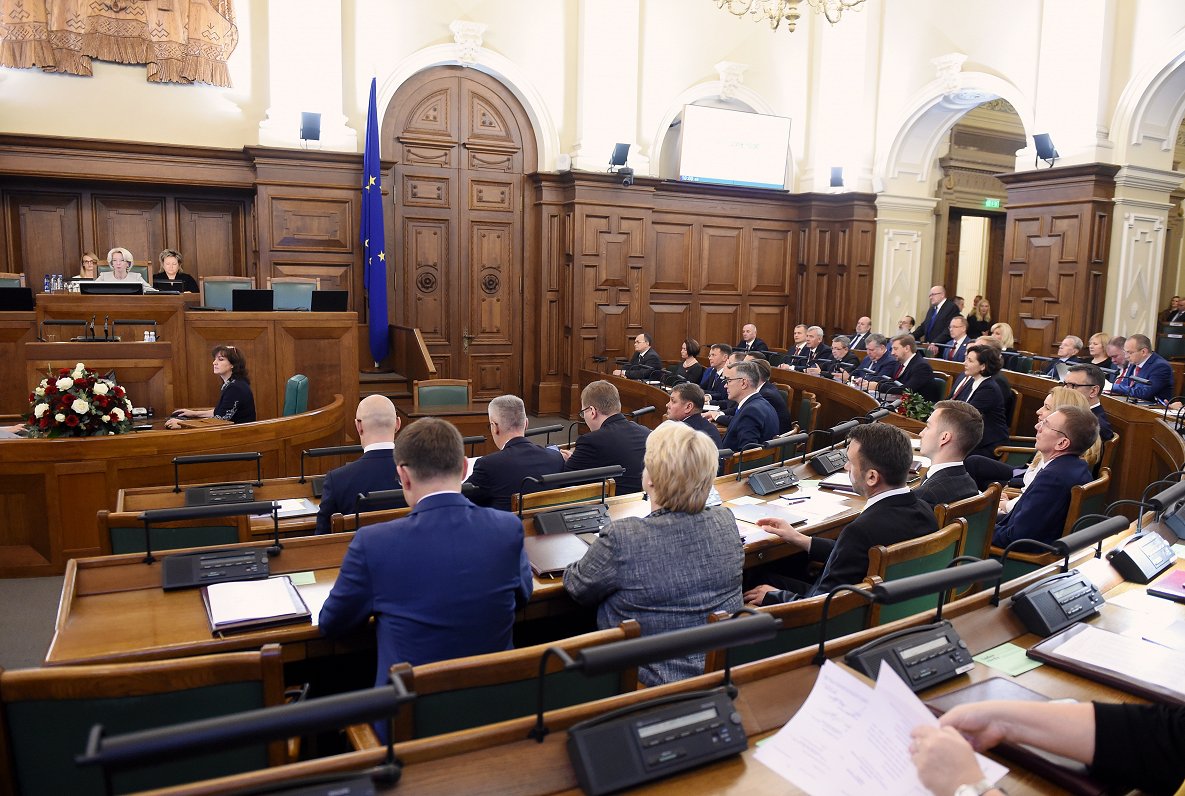 Lawmakers on Tuesday, November 6, approved the credentials of all 100 deputies of the 13th Saeima. Before the vote on the mandate, four members swore (a solemn promise) in Latgale, but Janina Kursite-Pakule (National Association (NA)) did so in Liv.

At the first meeting of the newly elected Saeima, the first voters were voted, as well as the temporary mandate, the Ethics and Submission Committee. At the committee meeting, committee members examined electoral materials and election complaints, if they were submitted to the Central Electoral Commission. The Commission has prepared a report to the Saeima on the approval of Members' prerogatives.

According to the committee's report, all 13 Saeima deputies swore (the solemn promise), and this was confirmed by their signature. Four deputies swore in Latgalia: Aldis Adamovičs (New Unit), Juris Rancans (New Party Conservative (JKP)), who concluded the third oath, Ilga Šuplinska (JKP) and Edmunds Teirumnieks (NA).

Kursite-Pakule made a vow in Liv, but, according to President Ināra Mūrniece (NA), he repeated his remark at the proclamation of the Latvian lecturer. Members of Parliament Ilze Indriksone (NA) have also made an oath for a parliamentarian.

Upon taking office, the MPs swear (solemnly promised): "I, assuming the duty of a member of the Saeima Group, swear faithfulness in Latvia to strengthen my sovereignty and Latvian language as the only state language to defend Latvia as a state independent and democratic in front of the people of Latvia, I fulfill my duties in good faith and in the best of my conscience. I commit to respect the Constitution and the laws of Latvia. "

After the solemn meeting, all 100 MPs voted in favor of approving the 13th Saeima mandates.

Under Satversme of Latvia, the new Saeima meets on the first Tuesday of November, when the powers of the last end of Saeima.

From the 12th Saeima, 34 MPs were re-elected to the new parliamentary term, while 66 were new MPs.

In total, seven factions – Harmony, the New Conservative Party (JKP), the Association "KPV LV" and "Development / Par!" They will work in parliament. (AP), the National Association (NA), the Greens and Farmers' Union (ZZS) and the New Unit (JV) faction. The largest group – 23 members – will be "Harmony", JKP and KPV LV will be 16 members, AP and NA – 13, ZZS – 11 and JV – eight members.