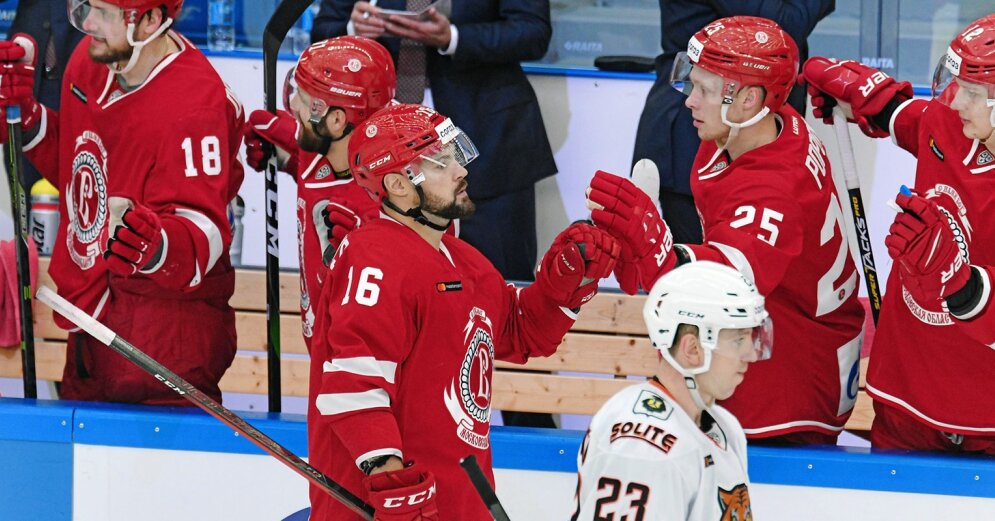 Latvian hockey striker Kaspars Daugaviņš stood out on Friday with two goals and two assists in the regular game of the Continental Hockey League (KHL), helping the “Vitjaz” team from the Moscow region celebrate the victory.

First, Daugaviņš helped Matīss Tedenbi to a 1-0 lead in the fourth minute of the game, but four minutes before the end of the first period, he scored the majority and doubled the lead. In the first minutes of the second third, the two teams exchanged goals, but in the seventh minute, Tedenbi, helping Daugaviņš again, reached 4: 1. In the second half of the game, the hockey players from Sochi scored a goal, but did not prevent Podolsk’s team from celebrating the victory.

Daugaviņš and Tedenbi ended the match with three points. The Latvian striker spent 21 minutes and seven seconds on the ice, during which time he threw three goals, won two of the three throws, blocked three throws and used two force techniques.

He has scored 13 goals in 40 matches this season and has scored 25 times, giving him the tenth place in the list of the most successful players in the league. Daugaviņš is just two points behind the most productive season of all time – in 2019/2020 he scored with 19 goals and 21 assists, going 59 games on the field.

Vitjaz ranks ninth in the Western Conference with 43 points in 42 games.

The content of the publication or any part of it is a copyrighted object within the meaning of the Copyright Law, and its use without the permission of the publisher is prohibited. read more here.