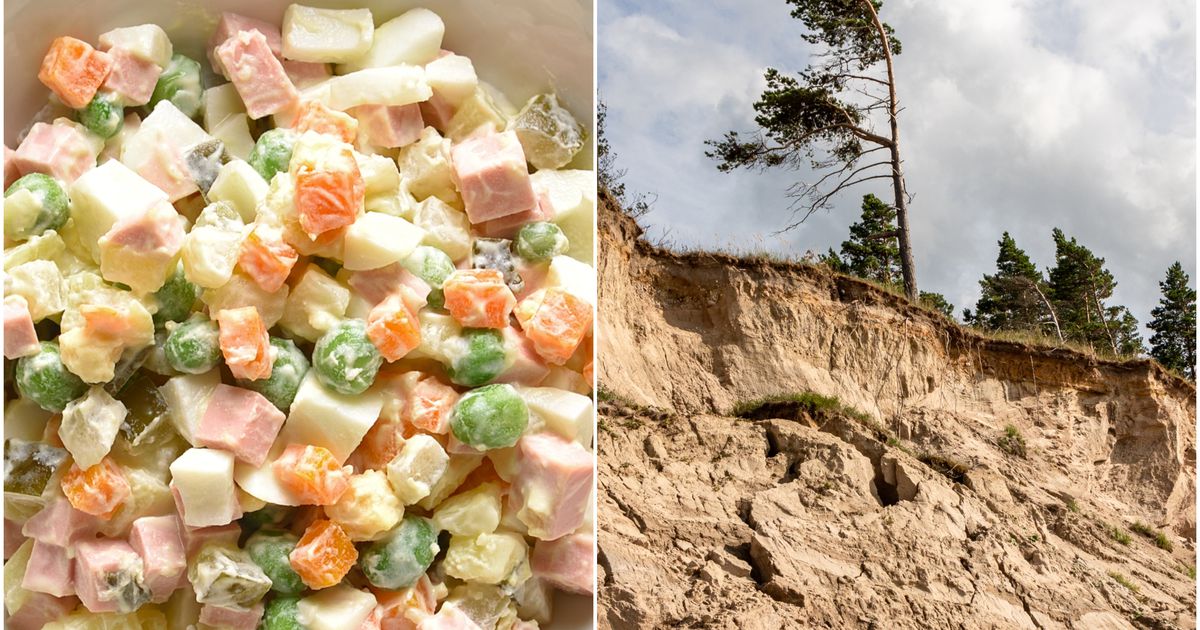 The Apollo portal has already reported that on Thursday, the National Union (NA) submitted a bill to amend Article 110 of the Satversme “to strengthen the concept of family and put an end to various interpretations.” The bill has sparked public debate, including on social networks. Twitter users have created a theme – #Strengthen in Satversme to offer their versions, which could be consolidated in Satversme in Latvia.

Deer are the only criteria for digging wells and placing beds in homes.

I think that once approached Satversme, it is necessary to determine the correct name – rasol or rosol and its recipe. # Strengthening the Constitution

The constitution must strengthen the rules according to which the next toilet roll must be placed by the person who used the old one. Also, in cases where only 1-2 pieces of paper remain on the old roll.#Raised the Constitution

Find out once and for all if the mushrooms need to be cut or broken and #Raised the Constitution.

I call on Raimonds Pauls to be strengthened in Satversme! #Raised the Constitution

It is certainly necessary to make changes to Satversme, which stipulates that food without dill should not be called food. # Strengthening the Constitution

It should be enshrined in Satversme that slippers cannot be worn on the street. Do not smoke or take out rubbish.

A nice loss for a strong hockey team is almost like a victory. # Strengthening the Constitution

In home economics lessons, learn to shit only with signs of Latvian power. # Strengthening the Constitution

It should be enshrined in Satversme that only Christian people can marry. Because I have curly hair and I want everyone to be like me.

“In order to strengthen the concept of family and stop various interpretations, we have submitted a bill on an amendment to Article 110 of the Satversme,” the “National Association” (NA) party announced on its Facebook page.

It has already been reported that on Thursday, November 12, ST declared the rule of law, which does not provide the right to leave for same-sex couples after the birth of a child, incompatible with Satversme.

ST assessed a couple’s request when the child’s biological partner was not entitled to postpartum leave. In the present case, the applicant requested verification of compliance of Article 155 (1) of the Labor Law with the first sentence of Article 110 of the Satversme.

As recognized by the ST, in order to determine the legal regulation of family relationships of same-sex partners, social and economic protection and support measures with the appropriate form and content, the legislator must conduct thorough and complex research. The rule was repealed on June 1, 2022.

Raivis Dzintars, head of the AN, said that “Latvia is a democratic country, with a diversity of views and respect for every citizen. However, at the same time there are values ​​that have been particularly close and even sacred to our nation. and its culture for hundreds of years.

One of these values ​​is understanding the family, which is based on father and mother – man and woman – and their children. Until now, such an agreement seemed self-evident, but with the decision of the Constitutional Court it is questioned.

In order not to continue different interpretations of Article 110 of Satversme, the concept of family must already be described in more detail in Satversme and made as clear and unambiguous as possible.

The bill proposes to express Article 110 of the Satversme in the following wording: “The state protects and supports marriage – a union between a man and a woman, a family based on marriage, kinship or adoption, parental and child rights, including the right to to grow up in a mother) and the father (man). The state provides special assistance to children with disabilities, children left without the care of parents or victims of violence. “

It is emphasized that the bill thus outlines three possible ways in which a family is formed. The first – as a result of marriage. The second – as a result of kinship, parents, including unmarried, have a child. Finally – as a result of the adoption, which from a legal point of view in the Latvian legal system is comparable to blood ties.

Also, to avoid interpretations of the term “parents”, the bill specifically emphasizes the child’s right to grow up in a family, which is based on mother (woman) and father (man).

This does not mean that a family no longer exists due to the death or departure of a parent, but that the parents cannot be of the same sex.

The understanding of the family as a union created by a man and a woman is also determined by the conceptions of the world mentioned in the preamble of Satversme – the Latvian message of Christian life and values. At the end of December, the leaders of 13 Latvian religious denominations underlined this in their appeal to the highest state officials.

“The proposed amendment will eliminate misunderstandings that may arise as a result of interpretations. A clear example of the possible consequences is the situation where the ManaBalss.lv civic initiative platform, which also received state funding, refused to publish the initiative” “Based on the judgment “The Constitutional Court does not respect the fundamental human rights enshrined in Satversme. This means that the Constitutional Court’s decision has already restricted the right to freedom of expression and opinion for the part of the public advocating for the protection of the family.”

Meanwhile, several experts have already stressed that circumventing changes to the law to prevent the legal protection of same-sex couples is a step towards the end of a democratic state.