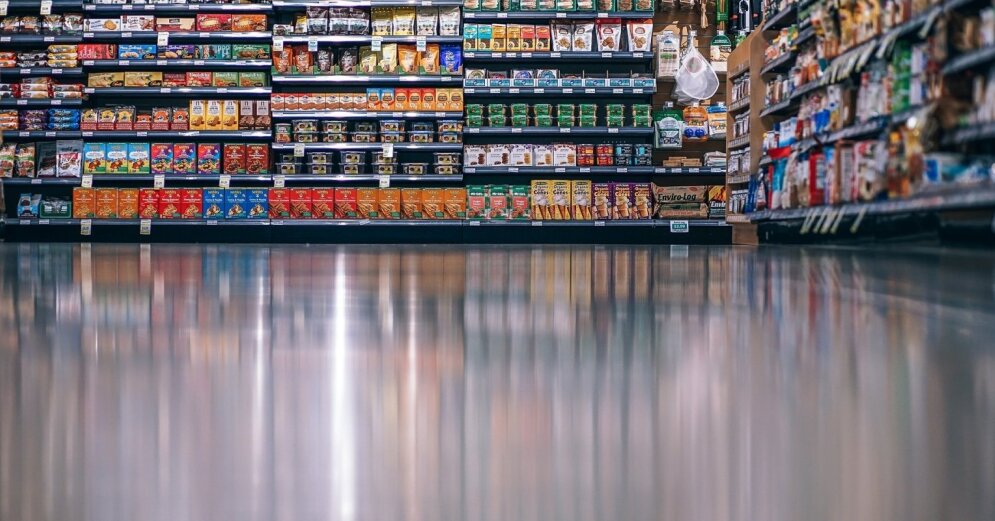 Business confidence indicators declined slightly in industry and construction in December 2020, but declined more significantly in retail and services, according to business surveys conducted by the Central Bureau of Statistics (CBS).

Business confidence indicators describe the general situation in the sector and are obtained by conducting business surveys in the industrial, construction, retail and services sectors. If the indicator is above zero, there is a positive business environment, if it is below zero – a negative mood of entrepreneurs.

According to seasonally adjusted data, the retail confidence indicator in December was -11.7. Compared to November, this indicator decreased by 5.6 percentage points. Confidence indicators were negative for the second consecutive month and continue to decline in all retail sub-sectors, as well as in trade and repair of motor vehicles, motorcycles and related parts and accessories. The lowest figures refer to fuel and non-food retail. The confidence indicator for retail fuel (-41.4) fell just below the 2008-2009 level. The lowest values ​​during the economic crisis (-39.5). It should be noted that some companies have already responded at the beginning of the month, when the current strict retail restrictions were not yet in place.

In December, compared to October, the number of retailers doubled, indicating that their economic activity is limited by the influence of Covid-19. This factor was observed by 48% of respondents. The second most important limiting factor is competition in its commercial sector (33%), followed by insufficient demand (26%). In December, the share of companies in the retail sector that do not feel restrictive factors for their economic activity decreased significantly. It was 19%.

In the services sector, the confidence indicator is -20

In the services sector, in December 2020, according to seasonally adjusted data, the confidence was -20.0. Compared to November, this indicator decreased by 3.4 percentage points. Particularly low confidence indicators, which continue to decline, are in catering (-83.7%), accommodation (-82.8%), as well as in the sector of travel agencies and tour operators (-84.7) %). Positive confidence values ​​remained in December in computer programming (0.3%) and intelligence services (5.4%). Against the background of other service sectors, postal and courier service providers are particularly optimistic (29.6%). Confidence in this sector peaked in 2020, which was affected by both the seasonality of December and the increase in demand for Covid-19.

35% of respondents in the services sector did not experience any factor limiting economic activity in December, while 42% of respondents indicated that the consequences of Covid-19 are a significant limiting factor for the success of their economic activity, which is the highest indicator from May of this year. Insufficient demand was also a significant limiting factor in the services sector, observed by 26% of entrepreneurs surveyed, but this indicator reached its lowest level in 2020 in December.

In construction, the lowest confidence indicator of all areas is -22.5

In the manufacturing industry, the confidence indicator is relatively stable

In the manufacturing industry, the confidence indicator was -6.2 in December (0.4 percentage points lower than in November), which was affected by the more negative forecasts of the company’s managers regarding their company’s activity in the next three months (decrease in expected production activity, decrease in the assessment of total economic activity). The largest decreases in the confidence indicator compared to November were in the manufacturing industries, such as electrical equipment, paper and paper products, clothing, beverages, textiles and chemicals and chemicals. Compared to the last two months, the feeling of entrepreneurs about the expected selling prices of goods and the development of employment in the next three months has also deteriorated.

Compared to October, the number of companies that indicated the lack of materials and equipment in the company of all factors influencing production (12%) increased slightly, but the number of companies that indicated insufficient demand as a factor limiting production decreased by 4 points percentages (31% of respondents). An increasing number of respondents (16%) indicated the impact of Covid-19 in December, a figure similar to May and June 2020. The economic activity of 37% of the industrial enterprises surveyed in December was not affected by any limiting factor.

In December 2020, the economic sentiment indicator was 88.1, 2.3 points less than in November. The economic sentiment indicator describes the general socio-economic situation in a country over a given period (month) and is calculated for all EU countries according to a common methodology by the European Commission’s Directorate-General for Economic and Financial Affairs, based on 15 different industries, seasonal, construction, retail and services. components included in the consumer confidence indicator.