IC School for Parents: Compliance with our terms and conditions 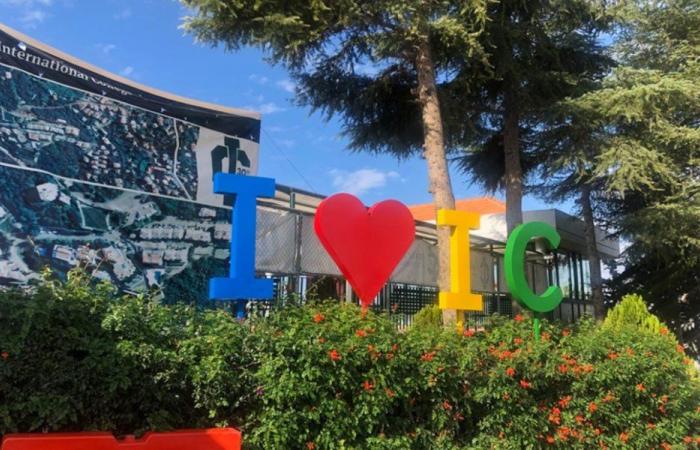 Is there a serious intention for the Board of the International College (IC) to close its branch in Ain Aar? Does the closure warning coincide with the Committee of Parents 'choices, in which parents see no attempt at the Parents' Committee to exercise their right to discuss budget figures and the continuous and unjustified increase of premiums in the future?

The Board of Governors of the International College (IC) has never expected to collide with a committee that checks budget figures, rejects an "unjustified increase" in bonuses, and sues the school before the Arbitration Tribunal. Since the founding of the main branch of the Ras Beirut School, 130 years ago, the Council has been accustomed to the Tepsam commissions on annual school budgets without discussing imports and spending, without checking whether they exaggerate or exaggerate.

According to school head Don Bergman, the behavior against growth in the 2018 academic year is not understood. "How were the figures acceptable in previous years and are no longer acceptable today if the only difference between last year's budget and previous budgets is the increase in teacher coverage, In the law of the grade and salary series, which is committed 100% for that purpose? As Bergman sees it, an objection is that "parents are confronted with the law of the chain, not with the administration of the school!"

The school administration was not surprised, but recourse to the "hidden threat" to close the Ain Aar branch if the Committee of Parents did not drop the case before the Arbitration Council. On November 7, the board of directors sent a letter to the Ministry of Education, the Department of Special Education requesting to be informed about the conditions and procedures that the school must take in advance if it decides to close the doors by the end of 2018 2019. The parents serious intention to close, why publish this school on the eve of choosing a new committee of the people is in the second phase tomorrow?

Bergman denied Al-Akbar that time was intentional, underlining that "there is no connection between the inquiry into procedures and elections. The move came just as a result of the first meeting of the Board of Directors in October last year after it was natural to discuss this case because the council invested in Ain Aar to respect its commitment to students who could not reach Beirut's head during civil war and not for any material benefit. if parents want to pursue legal objections and discredit school, they will follow their decision and act accordingly. There is no decision yet, but the council reserves the right to keep or close the school. "

Bergman seemed convinced that the trial should fall with the letter of Minister of Education Marwan Hamadeh to the Arbitration Council, which seeks to write: "Following the audit carried out by the Ministry of Education on the basis of Article 13 of Law 515 that the budget fulfills the necessary conditions in proportions not exceeding It is defined by law in terms of wages or running costs. "But the parents described the book as illegal." The Parent's Committee's signature on the budget is one of the three elements that you legally have to accept along with the reports and date of delivery , and the lack of information means automatically transferring the objection to the arbitration panel. "

Parents received more than one e-mail in recent weeks warning of what the school called "disturbances that would endanger Ain Aar's future and why unjustified and irrational actions took time and effort away from our primary mission: education students and their welfare ". Letters have been caught by "talking about a hidden threat." The Council acts with all responsibility and transparency, because school is not a political arena, and the administration is not the enemy or the government and the committee of the parents is the opposition. team work together for the benefit of our students. This is the main objective we will be working, regardless of the new people's representatives. "

But there are those who point out that the school administration supports an organization whose members have committed themselves to withdrawing the process and not allowing the school to be closed if it wins the election? "We stand in front of the neutrality of the three regulations and we do not support anyone and we have no right to do so," Bergman said. "But our only requirement is for the party chosen to embrace the message and become partners." Bergman declined to comment on what he called "rumors" accompanied by merit, including the possibility of selling the school to politicians or financiers. The board of directors, in its recent e-mail, noted that a member of the current parent committee had informed the school that he knew someone who wanted to buy a subsidiary of Ain Aar, asking residents "if such a person works for their own benefit or for its own benefit?

The confrontation with the administration began with a letter addressed to them in March last year, challenging many, because it threatened to expel children if they did not pay the increase in installments. Some of them have appealed to an accelerated judiciary and have made the decision to freeze growth and prevent the use of students in the conflict. But they returned and paid the increase after a "sweet deal," while the Committee retained the right of parents to sue the school before the Arbitration Board and "to obtain the justification of the number of imports and expenses after which rate rates reach 16 million and 700 thousand pounds while the profits of school branches in one year to 12 million dollars! "

On a parallel line, the committee used a certified accountant to verify the documentation, which, according to the report, showed that "the figures are inaccurate and swollen, costs are unjustified, as well as incomprehensible increases over previous budget figures."

In turn, Bergman said that "school is not profitable, because 74% of its budget is allocated to the salaries of teachers, staff and incentives, while renewal and development depend on an independent budget based on donations from individuals and institutions and require investments in projects identified by them. " This is a response to the objection of the inhabitants of improving the sanctuary of the head of Beirut and the neglect of Ain Aar. "No building has been developed for many years." "It is logical to renovate the 100-year-old buildings, where classrooms are narrow and do not fit the modern requirements of education," Bergman said of a priority map. "Before buildings, other than 30 years, their ranks are higher". "We have 400 students on the waiting list and those who do not want to adhere to school rules and feel that what pays more than the value of what they take, look for a school that fits, we are finally a school private, "he said." Only the increase was not paid, but I did not spend any of her children. "