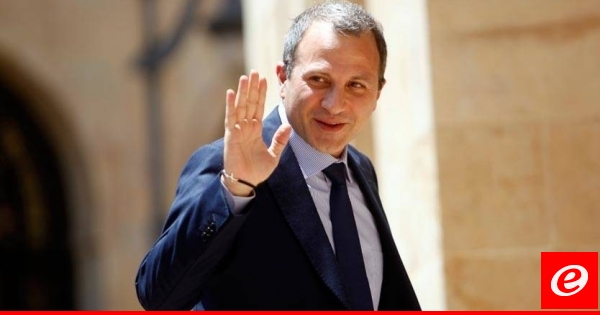 In a speech at the National Energy Conference, Foreign Affairs and Immigration Minister Gebran Bassil said that "if leaders shake the bed and the world is in the right hand, it is certainly capable of crossing hands with regimes that do not recognize their rights "If the woman nurtured the generation before the occupation, it is certainly capable of raising the generation of resistance with a masculine mentality."

He added, "We are here because the presence of women at the decision-making site serves the site and the nation," adding that "one of the most important elements of democracy in any country, the participation of women in political decision-making and the indicators of the United Nations the women's participation has diminished the proportion of corruption in it, "Women have to prove themselves in politics but in taking decision-making positions, because it is not enough to recognize women's political rights, but to become a reality and to demand a pension between men and women ".

He said that "one of the most important factors in entering women in political life is their entry into parties." He stressed that "women's access to political decision-making is guaranteed by the constitution and what prevents the masculine mentality and the lack of solidarity between women and women." Sex and sexual status laws are not allowed to travel with her son without her husband and have introduced a law equal to her and to the man who gives the citizenship of her children. "