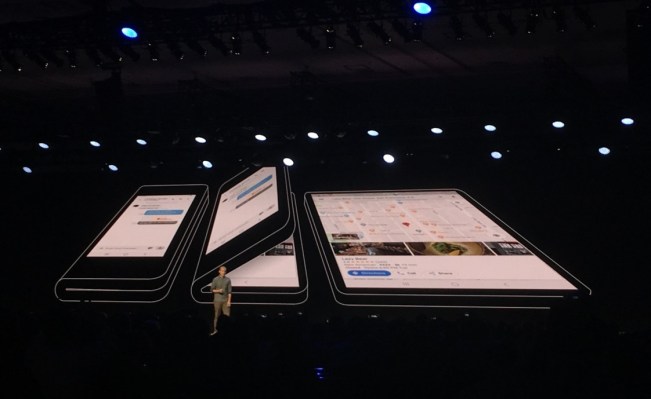 Let me just say I like the idea of ​​a folding device / compression device. I was fanboy courier when Microsoft floated that intriguing device, but abortive, and are all for unique shape factors and things that bend. But Samsung's first photo on a foldable device is inexplicable and probably dead on arrival. I would like to congratulate the company for trying something new, but this took more time in the oven.

I did not use it, of course, so this is just my uninformed opinion (provided your edification). But this device is really weird and not in a good way. It's a big thick phone with large frames around a small screen that opens into a small tablet. Nobody wants this!

Think about this. Why do you want a big screen?

As for the media, like most people, we believe that almost all media are on broad screen, either horizontal (YouTube and Netflix) or vertical (Instagram and Facebook). You can change very easily between these views. Now, consider the fact that, due to the basic geometry, the "big" screen inside this device will not be able to show that the media is much larger than the front screen!

(Well, for this device, maybe a bit, but only because that facet display is really huge. Why do you think they stopped the lights? Look where the notification bar is!)

It's like putting two high screens side by side. You end up with one twice as wide, but that's pretty much what you get if you put the phone to one side. Everything you win with the big screen is a lot of letter boxes or windows. Oh, and probably about three-quarters of a pound of weight and a pound of weight. This will be a beast.

Power users may also want a great screen for productivity: managing emails and documents and so is great on a large device such as a Galaxy Note. Here is the possibility that a foldable tablet can excel (so to speak). You can simply match more words and charts and controls over there. That's great! But if the phone is aimed at power users, why does the screen even have a small screen anyway, if any time a user wants to engage with the phone, will it "open" it? For quick answers or rejection of notifications, maybe, but who would really want that? This experience will always be inferior to the one on which the entire device is designed.

I would welcome a phone that was just a large internal screen and I do not think it would bother opening it when you want to use it. A lot of people with huge mobiles keep books like covers on their devices anyway! It would be great to be able to use those inches squares for display, rather than credit card slots or something. 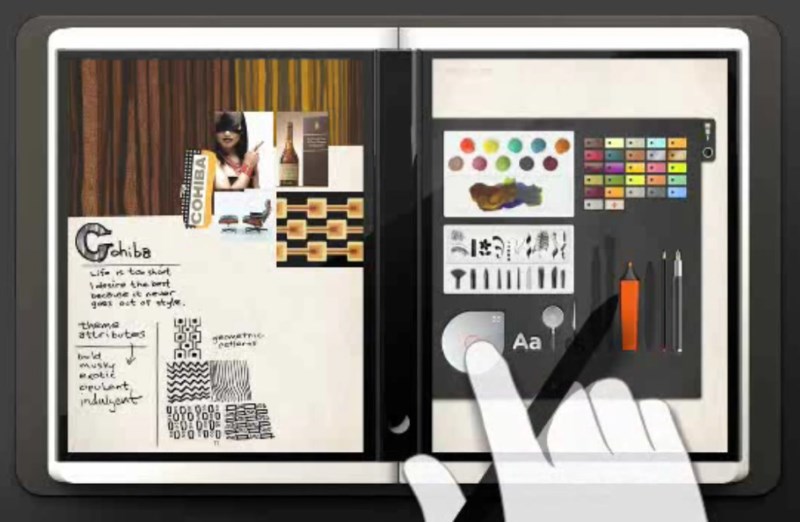 Courier had many great ideas on how to use two screens.

On the other hand, I can not think of any way that a "front" display could interact significantly with a secondary display (or is it primary?) That will not be visible at the same time. You are supposed to use one or the other at a time, which means you literally can not engage the entire capacity of your device.

You know what would be good? A device like this, which also used the display we saw on existing Galaxy devices. How cool would the phone be closed as a book but with a notification tape (or two!) Always on the lip, telling you batteries, messages and so on? And maybe if you pressed once the device would automatically open physically! That would be amazing! And Samsung is absolutely the company I would say it will do.

It's disappointing to me, not just because I do not like the device as they designed it, but because I believe the inevitable phone failure will cool the industry's ambition with regard to unique devices like this. That's wrong, though! People want new things. But they want them to make sense.

I look forward to learning how this technology works and I totally expect to have a foldable phone some time in the next few years. But this first device seems to me to be a wrong step and one that will bring back the flexible future rather than move it forward.