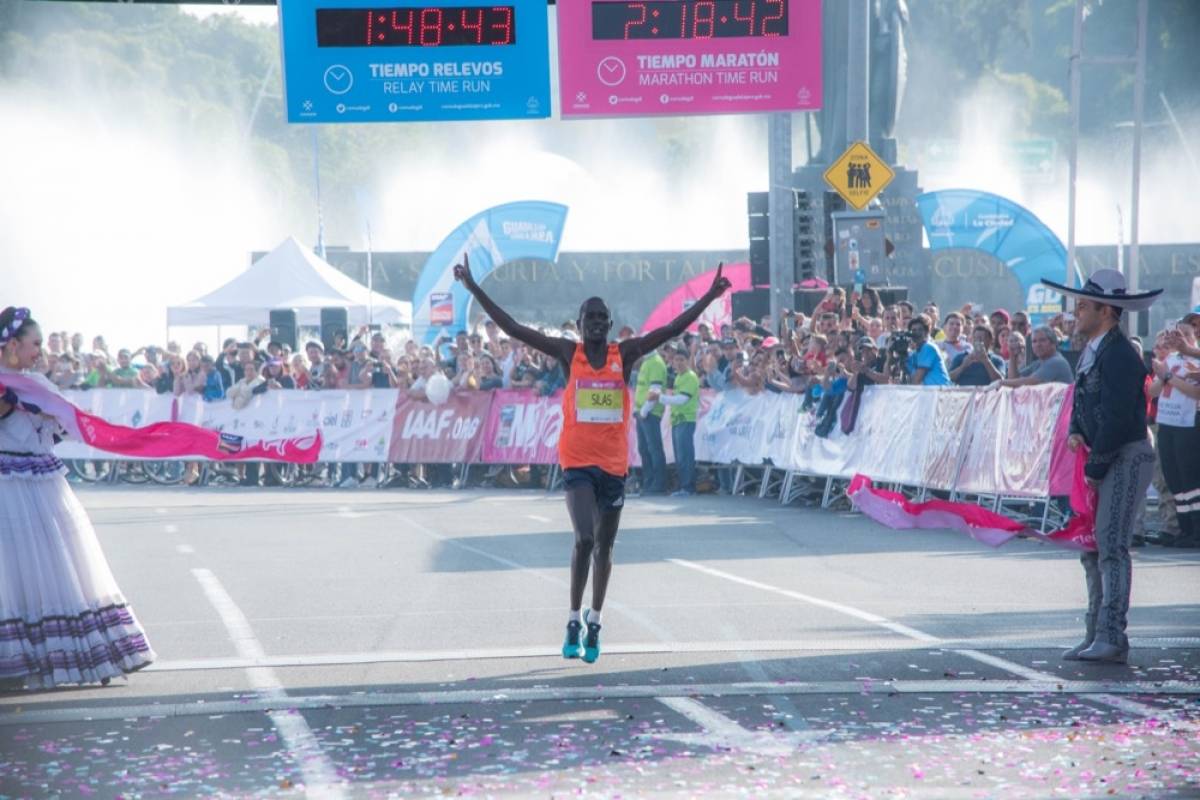 Two new entries were imposed on the Guadalajara International Marathon, which took place on Sunday morning. The mastery was African, because the male branch dominated the Cheylian Silas in Kenya, while Ethiopian Zewdnesh Ayele Belachew had triumphed among the ladies. Both competitors have set up a new brand for the tour of Guadalajara.

The contest was premiered at the Bronz Label of the International Association of Athletic Federations (IAAF) and was attended by more than seven thousand registered runners. From the emblematic Glorieta Minerva, the exit was taken, and immediately the African contingent made its power felt in both branches.

Defense champion Musa Babo Ido of Ethiopia has maintained a close fight with Kenyan Silas Cheboit, Simón Kariuki, Robert Gaitho and Milton Kiplagat, as well as Belachew Alemayehu of Ethiopia. It was around the 33 kilometer, when the current monarch could not afford land.

Silas Cheboit put the accelerator in the final position and crossed the finish line with 2:18:42 to establish a new record of the Guadalajara International Marathon. Belachew Alemayehu finished second (2:19:12), while Simón Kariuki finished the podium (2:20:46).

"It was a very difficult course but I am pleased with the time we recorded." I participated in the Korean marathon and won 2:14 pm This is the first time I run in Mexico, "explained Silas Cheboit, after being crowned.
In the women's branch, Kenya Nancy Jebichi dominated much of the marathon, but in the last five kilometers his power came out. Ethiopian Zewdnesh Ayele Belachew took advantage and accelerated to stop the clock at 2:41:47, a new sign of this competition. Bashanke Imoshe Bilo, also from Ethiopia and Jebichi, finished the podium.

"I'm very happy to win this marathon, which was very difficult, but I'm a strong runner and that's why I was able to come back to win," said Zewdnesh Ayele Belachew.