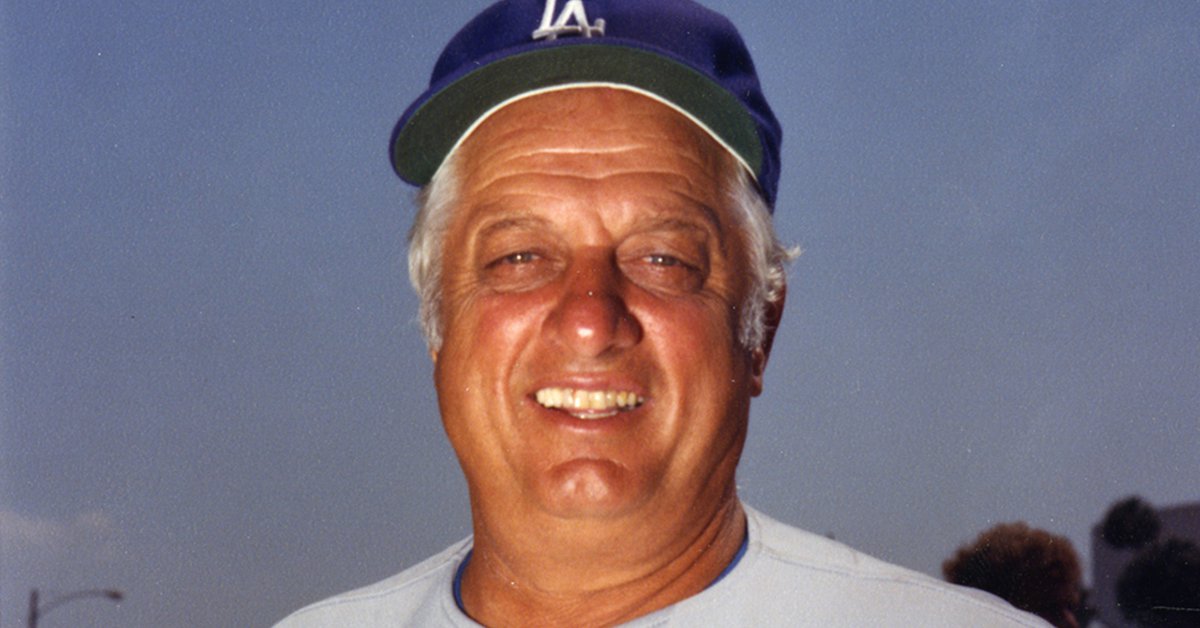 The baseball world is in mourning. Tommy Lasorda, former manager of Los Angeles dodgers, died at 93 years old. Besides being a mythical element of the Los Angeles team, he was mentor of one of the best players institution, the Mexican Fernando „Toro” Valenzuela.

His death occurred on Thursday night, January 7, due to a cardiorespiratory arrest in his house. Although he was transferred to the hospital for care, he died in the hospital at 22:57 hours. The news was confirmed by the team through his Twitter account, in which he highlighted seven decades spent in the organization, where he became one of the most important personalities in the history of baseball.

After 20 seasons, he retired as manager of the Dodgers in 1996, but the following year he was introduced in the MLB Hall of Fame and his number 2 was removed from the team so that no one else would wear it. In addition, he never completely gave up on sports. In 2000 he led the US national team to gold medal at the Sydney Olympics in which they defeated the Cuban team.

Throughout his life he received numerous awards. In 2008, for example, he received the Order of the Rising Sun, Golden Rays with Rosette from the Japanese Ambassador, while in 2009, his portrait was hung in the Smithsonian Institution’s National Portrait Gallery.

In November, the Dodgers announced that the former coach had been released from the hospital after suffering a severe episode of an undisclosed disease. Despite this, they noticed that he was “resting comfortably” at his home in Orange County, California.

“Tommy Lasorda was one of the best coaches our game has ever known. He loved life like an evasive … His passion, success, charisma and sense of humor made him an international celebrity, a stature he used to makes our sport grow. Tommy made baseball just another game strong, diverse and betterCommissioner Rob Manfred commented.

Although he did not play a prominent role as a player, As a manager, he gained fame and fortune in baseball that not even he had expected. From his participation in the Rookie League he learned to polish his motivational skills, which were essential for learn raw talents how to play and win.

One of the most relevant characters in Lasorda’s history as a coach is the Mexican Fernando „Toro” Valenzuela, because he gave it to him first chance at adults.

El Toro was signed by the Los Angeles team in June 1979 and began in September 1980, when he came in as a relief against the Atlanta Braves. Although in that season he only had 10 appearances, his good performances filled Lasorda’s eyes until he convinced to open the doors of success.

For the 1981 season, the Dodgers suffered various injuries, which made it possible that on April 9, the opening day of the game against the Houston Astros, Lasorda saw Valenzuela’s perfect replacement for Jerry Reuss, who had injured his calf.

That day, Bull won the match with five allowed hits and five hits, also marked the beginning of Fernandomania and a splendid relationship between Tommy Lasorda and Valenzuela.

MORE ON THIS TOPIC

Fernando Valenzuela spoke about the historical show of Julio Urías and Víctor González in the World Series: “The temple has been seen”

“The most important thing in my life”: Julio Urías spoke after his historic rescue in the Dodgers championship