Le Matin – Review of the second edition of BeMor (e) 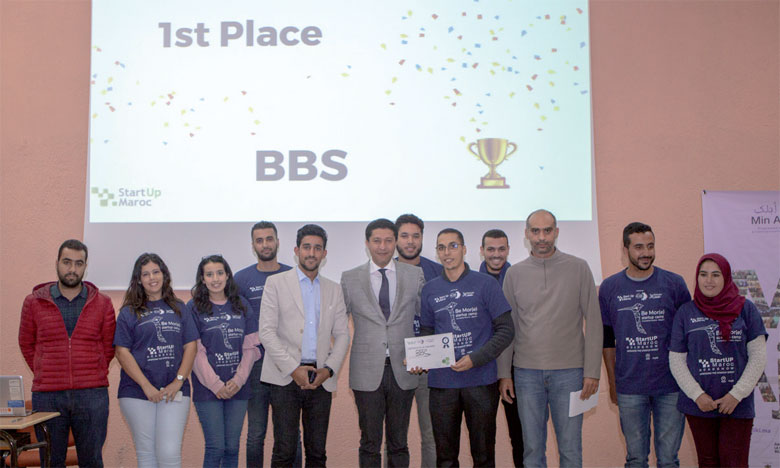 The first prize of this contest was won by the BBS project, which is a startup specializing in food biotechnology, in particular the processing and conservation of olives.

The second edition of the beMor (e) initiation campaign took place from 2-4 November in Oujda. It was organized at the Faculty of Science of this city by StartUp Morocco, in partnership with the Belgian-Moroccan women's entrepreneurship program in Morocco during 2017-2021 "Minajliki" of APEFE (Association for the Promotion of Vocational Education and Training Abroad – Valonia) and MolenGeek (collaboration space in Molenbeek – Belgium). Over the weekend, this edition attracted 260 people at the opening ceremony, of which 24 Belgian entrepreneurs and 150 participants (36% women) in the Oujda region, as well as Brussels and other regions of Morocco (Casablanca, Salé , Fez, Marrakech, Rabat, Tangier, Agadir, Khemisset, Meknes, Ben Guerir, Berkeley …). This led to the presentation of 36 ideas and the formation of 17 teams, notes the organizers. Seventeen mentors of different profiles accompanied the teams during the 54 hours to complete their start-up project, and two technical mentors assisted them to create their prototypes.
The first prize of this contest was won by the BBS project, which is a startup specializing in food biotechnology, in particular the processing and conservation of olives. The second came back to the Oujda Cake project, a startup specializing in the manufacture of professional-looking plates from a mobile application. The third prize was awarded to Tracker Solar, a startup specializing in the production of solar trackers (followers).
The Coup de Jure Coeur Award was awarded to Chead Chead, an application that lets you know the location of the GPS buses.