The rate of housing creation, according to Fassi Fihri 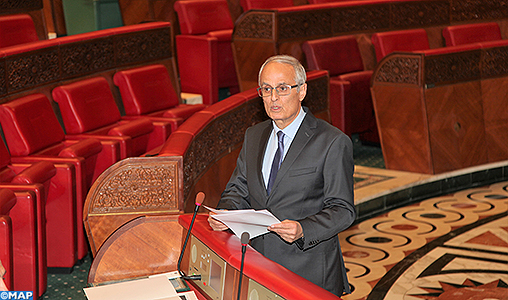 SHARE The rhythm of housing creation, according to Fassi Fihri

More than 122,000 residential units were completed in the first half of 2018, a 26% increase over the same period last year, Abdelahad Fassi Fihri said on Friday in Rabat, the Minister of National Planning, Urban Planning, Housing and Urban Policy.

Presenting the draft budget allocated to the Interior Committee, Territorial Communities, Housing and Urban Policy in the House of Representatives, Mr. Fassi Fihri stressed that the sectoral balance was particularly marked by a decrease in cement sales that grew from 9, 20 million tons between January and August 2017 to 8.76 million tons in the same period of the current year.

He also said that the loan guarantee for housing under the FOGARIM Fund amounted to 8.76 billion DH in the first eight months of 2018, compared with 2.28 billion DH in the same period of the previous year. , while the guarantees granted under FOGALOGE amounted to 1.21 billion between January and August 2018, compared with 1.32 in the previous year. In this context, the Minister said that facilitating access to housing and improving the quality of citizens' lives is at the heart of his department's commitments under the government program 2017-2021, recalling that the fight against corruption in unhealthy housing affected 59 cities, while the number of beneficiaries has reached 258,000 families. Work in progress will benefit 1698 families with a budget of MAD 1,174 million, including a 31% contribution from the ministry.

In terms of social housing, the year 2018 was marked by the completion of 39,388 housing units with a unit price of 250,000 DH and 2439 other units at a unit price of 140,000 dirhams. he stressed, noting that the Ministry is currently preparing a new unit product for the most vulnerable categories and another for the middle class as part of the reform of the social housing program.

Mister. Fassi Fihri highlighted the need to develop a new land mobilization strategy, noting that 543 land consolidation operations were carried out by issuing 208,318 land titles. In addition, the implementation of the public land mobilization agreements (2003-2009) was monitored. It is also in line with Mr Fassi Fihri, the implementation of the roadmap recommendations for sector promotion, the activation of new measures to promote access to housing for disadvantaged and rural areas.