these arrests of bosses who marked the spirits 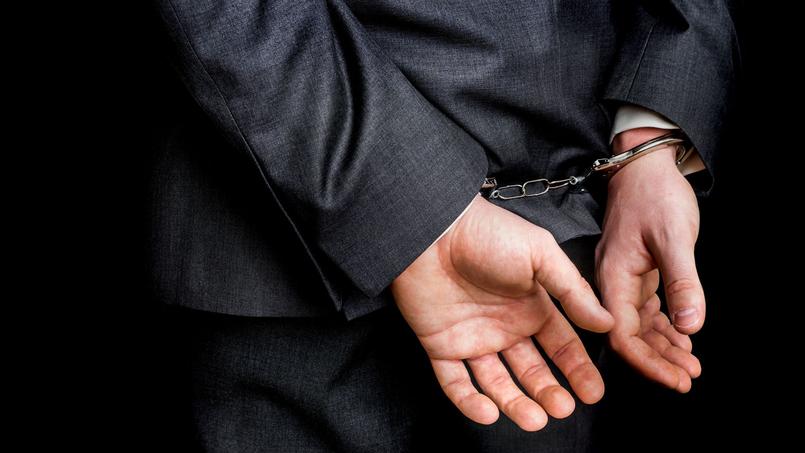 The Renault-Nissan-Mitsubishi Chief is not the first entrepreneur to have trouble with the law.

"Carlos Ghosn mowed at the height of his glory," "The naked icon," "The fall of Emperor Carlos Ghosn" … the titles of the newspapers are unanimous. In general astonishment, one of the greatest bosses of our time has fallen from his industrial pedestal into the depths of Japanese justice. The head of the Renault-Nissan-Mitsubishi Alliance is suspected of tax evasion. According to the Tokyo Prosecutor's Office, the businessman would have underestimated half of his annual 5 billion Yen (€ 38 million) annual remuneration between 2011 and 2015. A violation of the law governing the transparency of listed companies. If Carlos Ghosn is guilty or not, his arrest shows that no one, no matter how tall, is untouchable. It no longer exists in the political world except in economic spheres. Here are five spectacular accusations or arrests in recent years.

»READ OUT – Ghosn business: what is the weight of the Renault-Nissan-Mitsubishi alliance?

● Lafarge and the Islamic state

The decision was historic. Few French companies are accused by courts for their activities abroad. Lafarge is one of them for a very geopolitical business. Founded in 2015 with its Swiss competitor, Holcim, the cement maker was accused of "complicity in crimes against humanity" on suspicion of collaboration and funding of armed groups, including the Islamic state, in order to maintain his work in Syria between 2012 and 2014 In this investigation, senior Lafarge officials were placed in custody, while searches were carried out at their homes and offices to know their degree of knowledge, involvement and therefore responsibility. Among them, former CEO Bruno Lafont, former CEO Éric Olsen, as well as former deputy general manager Christian Herrault. The three bosses have benefited, however, from French judicial treatment. Arrested by the police, they were heard at the court of law (SNDJ) in Ivry-sur-Seine, while two former directors of the Syrian branch were accused of "endangering other lives" and "financing a terrorist enterprise" .

The case dates back to 2013 in Russia, but its eddies have caused much pressure in the press. It has to be said that the broadcast images were spectacular, though probably false. Vladimir Golubkov, the general manager of Rosbank, the Russian subsidiary of Société Générale, was "officially charged with corruption after his arrest," according to Reuters. The boss risked up to seven years in prison. His accuser, the Interior Ministry of Russia, broadcast a video about him sitting in front of a busy office with a bunch of banknotes. The investigators have even gone so far as to say that these stacks of 5000 ruble banknotes amount to a total of five million, or about 120,000 euros. A pleasant sum, obtained illegally for the personal enrichment of the Russian state. In this process, Vice-President Rosbank Tamara Polianitsina was also arrested. The businessman had to wait 24 hours after his arrest was taken to a judge, and his lawyer complained of "degrading" detention conditions. The case was finally closed at the end of 2015 for lack of fact constituting a crime.

»READ THE OTHER – Dieselgate: Porsche SE vs Judges

In Germany, the famous Dieselgate is certainly one of the most important economic business in recent years, still in progress. "Autoland Deutschland" has seen the car makers known for their reliability, being accused one after another of installing their engines. A large-scale industrial epidemic that revealed falsification of pollution tests, while precipitating the loss of diesel fuel popularity among consumers. As it grew in size, the scandal led to the fall of several bosses. The first of these, Martin Winterkorn, Volkswagen's executive director, had to resign in 2015, after eight years of reign, while justice suspected he masked these technical acts, such as Martin Müller and Hans Diter Pötsch at the head of the council supervision. The most recent, unprecedented roll-over, the Audi boss, involved in fraud, was arrested and incarcerated for "the risk of hiding evidence." A few months earlier, a Porsche executive, Jörg Kerner, was also detained in detention for his former responsibilities at Audi.

● Unibet boss arrested at the airport

Unibet's 2007 arrest is similar to that of Carlos Ghosn, "taken" to the descent from the plane, on the asphalt of Tokyo airport. For Petter Nylander, then CEO of the Swedish sports betting company Unibet, the arrest was made on the corridors of Amsterdam airport as he was preparing to fly to London. Under a European arrest warrant issued by France, he was accused of violating the French monopoly on gambling following a complaint filed by the French Games and the PMU. The European Commission cavalier, hostile to the monopolistic situation of French games, has also disappointed Unibet, "indignant at the lack of respect for European regulations." France, however, acted well. Petter Nylander received a citation from the Games Brigade a few months before, but refused to go there, saying he was acting in accordance with European law. His lawyer proposed a reunion in London, his place of residence, which was unanswered under Unibet. Following this adventure, France finally gave up European regulations and agreed to open the sports betting market. Petter Nylander, on the other hand, served simply as a witness.

● In Morocco, Taoufik Bouachrine was handcuffed to the workplace

Worthy of a nightmare. Here is one who has seen his destiny come through suddenly, and for a long time, when one day twenty policemen reach the headquarters of the newspaper he is leading. The order is given to the staff on the premises in order not to use a telephone. With sleeve, Taoufik Bouachrine is then taken without explanation. This time, arrest has nothing to do with the defendant's professional activities, although the arrest took place at the workplace. Director of the independent Moroccan daily Akhbar al-Youme is accused of "human trafficking", "abuse of power for sexual purposes" and "rape and attempted rape" by the Casablanca Court of Appeal on two complaints, three testimonies against him and 50 videos captured in the journalist's office. After a heated trial that still divides the country's opinion, the head of the press was finally sentenced in early November to twelve years in prison.