Pokemon: recreate creatures as if they were part of the series "Courage, Coward Dog" Series Cartoons | Film-series 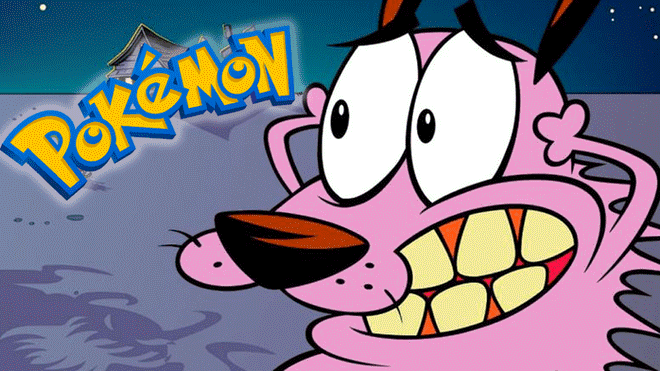 It is no secret to anyone that this 2018 year was a positive year for Pokémon. Your animeSun and Moon"It is still under discussion and video game "Pokemon Go" has increased the number of players, so it is not surprising that many artists are trying to bring popular pocket monsters in their own style.

This is the case for this young artist who has captured his love for pokemon, recreating his favorite characters as if he were part of the 90s cartoons, "Courage the Cowardly Dog," which was broadcast in 1996 by Cartoon Network and had thousands of fans around the world.

It is through the social network Instagram, this name artist Maximiliano Rodríguez, or also known as "diasapacibles"It has created a series of images in which you can appreciate the Courage, making it wonderful crossovers with the most iconic Pokemon of the series.

Among the works that have been shared, there are those of the first generation of Pokémon, such as Charmander, Squirtle, Bulbasaur and even Pikachu.

We'll leave you a gallery of your best images to see a sliding image to the left.

It was a series that has been broadcast since 1996 through the channel Cartoon Network and had 52 episodes. He told the story Courage, a dog who was abandoned as a puppy and rescued by Muriel who lives in the town of No Place with his husband Don Justo Morsa, but the cold happens in "Nowhere" and will depend on Courage Save your new home.