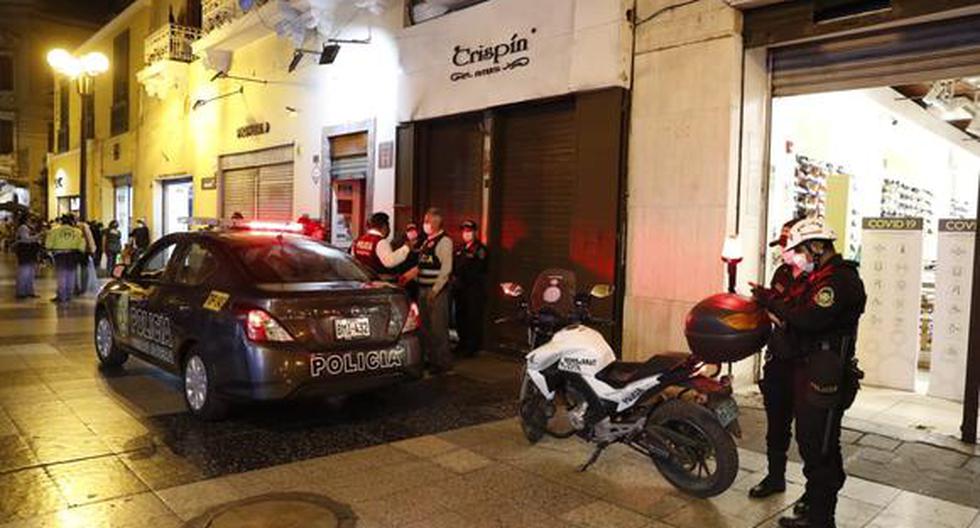 The National Police reported on Friday that it had captured three subjects who were allegedly involved in the assault and robbery on Thursday night at Crispin Jewelry, located in block 6 of Jirón de la Unión. It is worth mentioning that four people are involved in this criminal action.

“After a hard work of intelligence, three subjects who had participated in the theft of jewelry from Jirón de la Unión were captured at # 07ENE2021 in Cercado de Lima.”, published the official PNP account on Twitter.

#The last one 📸 | After a lot of intelligence work, three subjects who had participated in the theft of jewelry from Jirón de la Unión were captured. # 07ENE2021 in Cercado de Lima. pic.twitter.com/06ZmPnwm16

This morning, PNP Colonel Roger Pérez, head of the Division 1 Center, said the arrest of the criminals was a matter of hours.

The police chief indicated that the PNP robbery division indicates that the perpetrators of the crime are of Venezuelan nationality and that, at that time, he had still identified one of the aggressors. “These the people are of Venezuelan nationality according to the accent heard at the time of the aggression. There are four people who participated. Two were on motorcycles and two were at the jewelry store and escaped in their aprons. “, he showed.

Likewise, Colonel PNP Pérez explained that, after carrying out the process of obtaining the fingerprints taken by the Forensic staff, the identity of one of the criminals would have been obtained, so that now the authorities are working in coordination with the Venezuelan police.

The Crispin jewelry store, located in Jirón de la Unión 630, in downtown Lima, was attacked by criminals who posed as customers and fired shots to carry out the robbery.

The thugs, four in total, arrived on two motorcycles and two of them dressed in white entered as alleged customers, but inside they took out their weapons to intimidate the workers on the premises and take jewelry valued at over 30 thousand USD.