Standhardinger leads the race "Best Player of the Cup" 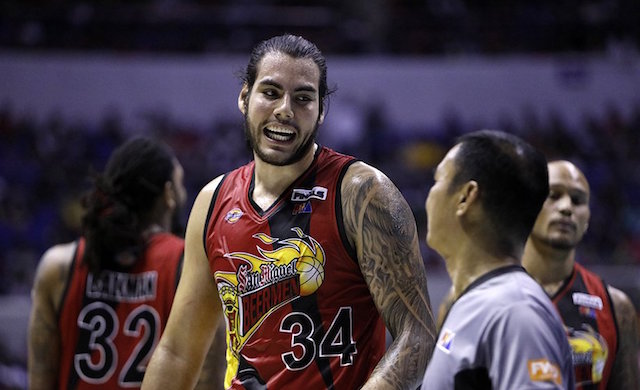 MANILA, Philippines – Christian Standhardinger continues to establish himself as an elite of the PBA, while leading the package for the best player of the conference in the Cup of Governors.

The Filipino-German field of work has accumulated an average of 43.1 statistical points (SP) after driving all locals to scoring and returning and was the only place to offer double-double standards.

With San Miguel lacking services to dominate four times the most valuable player June Mar Fajardo due to a stick lesion, 2017 no 1 pick rose by 23.3 points and 13.6 rebounds after the elimination round.

He was at the forefront of the Beermen game which won four matches, which secured the teams a quarter-finals position in the 6th place, behind a 6-4 card.

Standhardinger, however, has to lead San Miguel in Alaska's double-to-beat wins in the quarter-finals duel to maintain his top position.

Coming in second place is Barangay Ginebra before Japeth Aguilar, who won 34.4 SP on the game due to his playing number of 19.9 points, 6.9 rebounds and 1.0 blocks.

Meanwhile, Mike Harris of Alaska leads the Best Import race with a slim edge over Justin Brownlee from Ginebra and Eugene Phelps from Phoenix.

Harris had an average of 60.4 SP in the elimination round, while Brownlee and Phelps gathered 59.1 and 58.0 SPs, respectively.

NAREX, Aaron Fuller, normalized 57.4 SP, but with Road Warriors getting the boot from Gin Kings in the quarter-finals, it is virtually controversial for prunes. – Rappler.com