Walesa: PLN 250,000 for a witness who participated in an agent 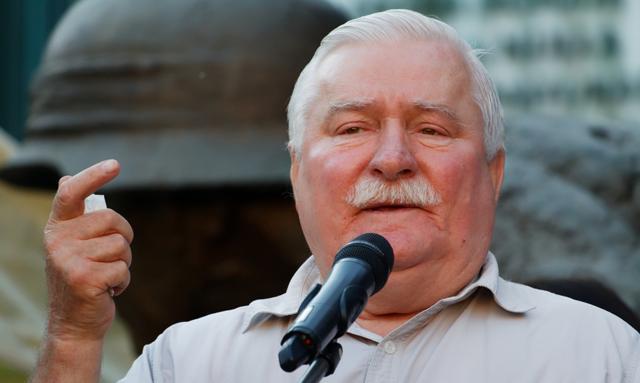 B. President Lech Wałęsa announced on Tuesday he is nominating a 250,000 prize for a witness who participated in a challenge that put him in charge of his agent's work. Sławomir Cenckiewicz replied to Wałęsa that he had established it, was a witness and should be rewarded. 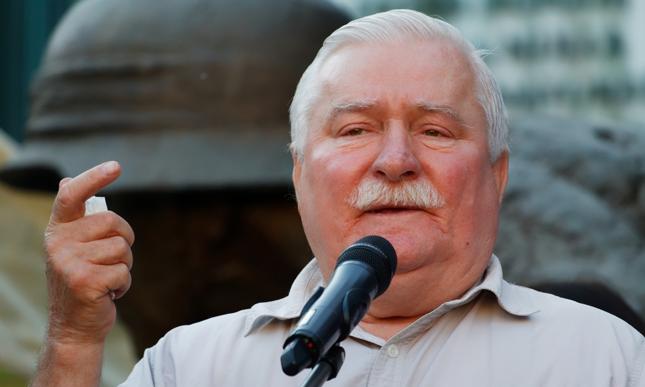 "I will offer a reward of PLN 250,000 (which I intend to pay with the help of my supporters) for a witness who participated in a perilous challenge by fitting me into the agent's activity and providing incontrovertible proof of who is behind him" written Wałęsa in Facebook's profile.

"In my opinion, the Kaczynski brothers, using Mrs. Kiszczak and false documents by the SB, with the help of people like Gwiazda, Cenckiewicz and Wyszkowski, are trying to force me to make an agent and tell the Poles about me." The truth about my actions in the 1970s can be found in the book + Wałęsa + published without my knowledge and consent by the Maritime Publishing House in 1981 before the Kaczyńszy, Wyszkowski, Gwiazda and Cenckiewicz brothers for their selfish political benefits began to destroy the facts and destroys the phenomenon of victorious struggle that we fought, "the former president underlined.

The entry was commented in his Facebook profile by Sławomir Cenckiewicz, director of the Military History Bureau and vice president of the Archive Council.

"I set it, I am a witness, so I have the right to a reward of PLN 250,000!" – he wrote. "As President Niezgoda and Danger says, the matter is + simple archbishop +: Lech Wałęsa is Lech Wałęsa's agency agent who made a written commitment to Captain Edward Graczyk in December 1970 and has done it gracefully for years" stressed Cenckiewicz.

"And I know that Walesa is not able to give money to anyone (hence the statement in his statement that he will pay + with supporters +) – so all his promise and promise is a typical fraud!" – he estimated. "But the best thing in Wałęsa's statement is to send us back to a book about him in 1981 – not Friszke, Skórzyński, Majchrzak and other aids that have done so much to overcome odium + Bolek +, but only for propaganda occasional (with elements of reliability as Lech Bądkowski's text) "- stressed Cenckiewicz.

"Therefore, we have to stick to Wałęsa's arrangements in 1981. Thank you for this offer and I'm doing my work. Soon, there will be some new problems about Wałęsa …" – added Cenckiewicz.

At the beginning of September, the District Court in Gdańsk, after hearing Lech Wałęsa's plenipotentiary's appeal on the decision of the Subsidiary Commission for the prosecution of the Polish people in Białystok on 23 June 2017, interrupted the investigation of the 1970-1976 counterfeiting documents on his alleged co-operation Lech Wałęsa with the Polish People's Republic Security Service, annulled the contested decision and ordered the continuation of criminal proceedings in this case.

The District Court in Gdańsk, verbally presenting the reasons for the decision, highlighted the reliability and meticulousness of ongoing investigations and did not question the findings of the prosecutor. He considered the opinion of experts in the field of handwriting examination as professional and did not submit critical remarks. However, he said that, due to the importance of this issue for Lech Wałęsa and the history of Poland, it is advisable to request a new expert opinion on the handwriting study or to discuss once again the experts who gave an opinion on in this regard, the issues raised by Lech Wałęsa's plenipotentiaries. The court did not indicate any specific problem that should be handled by experts in the field of handwriting investigation in a subsequent investigation.

The investigation of counterfeiting of the 1970-1976 Securitate Service Operations at the expense of Lech Wałęsa was initiated on February 25, 2016, in connection with Lech Wałęsa's public statements on the material about a secret collaborator SB, nicknamed "Bolek," found in the house of a former minister Czesław Kiszczak's domestic affairs in the Polish People's Republic were falsified. The purpose of the procedure was to verify whether an offense involving the reproduction of these documents took place in order to obtain financial benefits and which eventually committed them. Lech Wałęsa in this investigation had the injured party status. (NDP)