Seven aroesian islands under orange warning due to maritime disturbance 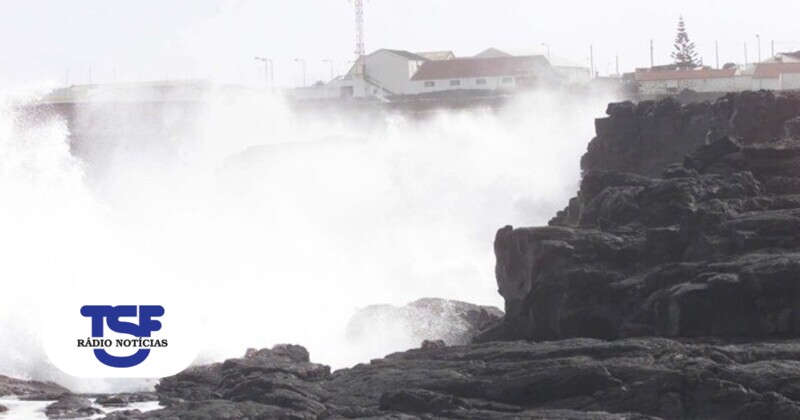 "With the eastbound of Carlos's depression, there has been a significant improvement in weather conditions along the Azores. High turbulence conditions in the sea, especially in western and central groups, initially with northwest seven- 8 meters significant height (orange level) will gradually recover to the next dawn, "IPMA said in a press release today.

In the islands of the western group, São Miguel and Santa Maria, the orange warning, the worst second, will continue until 18:00 (another hour in Lisbon), with northwest forecasts of seven to at eight meters of significant height. "

Already in the central group islands (Terceira, São Jorge, Pico, Faial and Graciosa) the orange warning is only scheduled until 12.00 today.

The eastern group (Flores and Corvo), which was on Friday under red alert, is on a yellow warning.

This warning, which predicts waves from six to seven meters tall, is maintained until 06:00 on Sundays in all the islands in the archipelago.

The Regional Authority for Civil Protection and Firefighting in the Azores (SRPCBA) recommends that self-protection measures be taken, such as reinforcing ship anchoring, paying particular attention to coastal traffic and failing to engage in sea-related activities.

The Azores joins the southern and northern coast of the Madeira and Porto Santo islands and 10 Portuguese districts, which are also between orange and yellow warning today and months, due to strong sea turbulence forecasts , Portuguese Institute of Sea and Atmosphere (IPMA).

In Madeira, the orange warning for sea turbulence with five to six meter northwest wind forecasts, capable of reaching a height of 11 meters, will be effective between 12:00 and Monday.

Already in mainland Portugal, the districts of Porto, Faro, Setúbal, Viana do Castelo, Lisbon, Leiria, Beja, Aveiro, Coimbra and Braga will be under orange warning (between 21:00 and 12:00 on Sunday) five to six meters, being able to reach a maximum height of 10 meters.

According to IPMA, the orange alert is the second of a staircase of four and indicates a moderate or high meteorological situation.

The yellow alert, the third scale, reveals a risk situation for certain activities, depending on weather conditions.