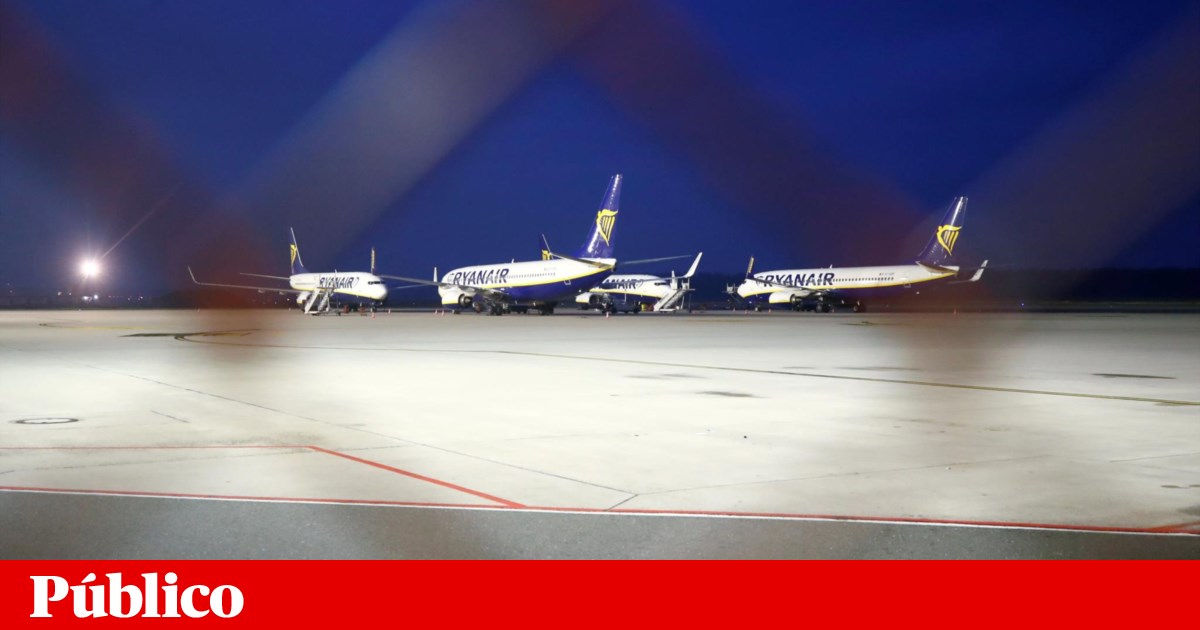 The Prosecutor's Office sent the notifications sent by the Employment Conditions Authority (ACT) following the strike inspections of the Ryanair cabin crew in Portugal through the Crime Investigation and Criminal Action Division (DIAP) in Lisbon.

Information provided to the public by the Prosecutor General's Office comes after the visit of the ACT General Inspector to Parliament to discuss the inspections in April, July and September by Ryanair officials.


On 11 October, Luisa Guimarães reported the existence of five documents that led to the complaints of the Prosecutor's Office, according to Lusa, as they were considered to be "criminal matters" (which suspended the administrative contravention procedure).

At the PUBLIC official source, the ACT said "contributions to the prosecution were made at the end of September" and that they cover issues related to "strike replacement and coercion" and "worker injury or discrimination due to strike." The stops were requested by the National Civil Aviation Flight Staff Union (SNPVAC).

In fact, Ryanair's official source, in a note addressed to the public, classifies ACT's accusations as "false and unfounded." The carrier declares that "he fully respects the right to strike" and that no worker "was at any time forcibly or discriminated against"

Two days before the visit of the general inspector to Parliament, Ryanair's chairman, Michael O'Leary, was quoted by Lusa at a press conference in Lisbon that ACT carried out inspections during the strikes and that the company "respected the Portuguese law ".

With regard to the more intense inspection activities the ACT takes on issues such as roles, wages and working hours, which the general inspector in Parliament also referred to, the ACT official source stated that ACT was still ongoing. "Premature to provide more information".

This Wednesday was published in Related searches a resolution by the Assembly of the Republic, in which MPs recommend the Government to "develop procedures" for Ryanair to apply Portuguese labor law when the rule is to apply Irish law (which is also being challenged by other trade unions and political forces from different countries, such as the European Commission).

According to the resolution, Parliament wants the António Costa government to "urge competent bodies to oversee working conditions", such as the ACT and the ANAC Sector Regulatory Authority, to establish "necessary administrative procedures" and to apply "Appropriate Sanctions" violation of national law ".

MEPs want the executive to "take the necessary action with Ryanair and its recruitment agencies, Crewlink and Workforce International, to implement Portuguese labor law" and in particular "to comply with Community legislation on working time.

Finally, it intends to create mechanisms to "promote collective bargaining" and that the Government "publishes enlargement orders that guarantee the definition of the basic remuneration for each occupational category in this area, especially for the crew."

Among the parliamentary hearings at Ryanair was also scheduled for Michael O'Leary, but he did not appear. At the October press conference, the low-cost carrier's manager said the company should not go to Parliament "to talk about labor issues."

In the last few months, and surrounded by several strikes, Ryanair has come to agreements with trade unions from several countries about better working conditions and local laws. The latest case, on 25 October, was a prior agreement with the Belgian trade unions CNE-CSC and LBC-NVK to enforce the country's legislation from early next year. Belgian workers participated in the latest strike on September 28, alongside pilots and cabin crews in Spain, the Netherlands, Italy and Portugal.

Subscribe to free newsletters and receive the best of today and the deepest work in Público.


In Portugal, the air carrier has already announced an agreement with the Civil Aviation Pilot Union (SPAC), which was voted and approved according to the 30th extraordinary session of PÚBLICO. At the same time, the company committee, the representative body of the union in negotiations with Ryanair, was also formed. The agreement concerns the application of antiquities, the SPAC stating that progress is "insufficient to consider that there is agreement on all aspects."

As for SNPVAC – as in other cases – there is no white smoke yet. According to the head of this union, Luciana Passo, there was a new proposal from Ryanair, but it retains the right to participate in SNPVAC members belonging to other companies.

In practice, there is no one to sit at the table. "It is illegal for a company to impose interlocutors," said PÚBLICO, the union's official, saying he is analyzing the document. Regarding the resolution of the Assembly, he says he expects the government's response and an attitude that says "it's already late."