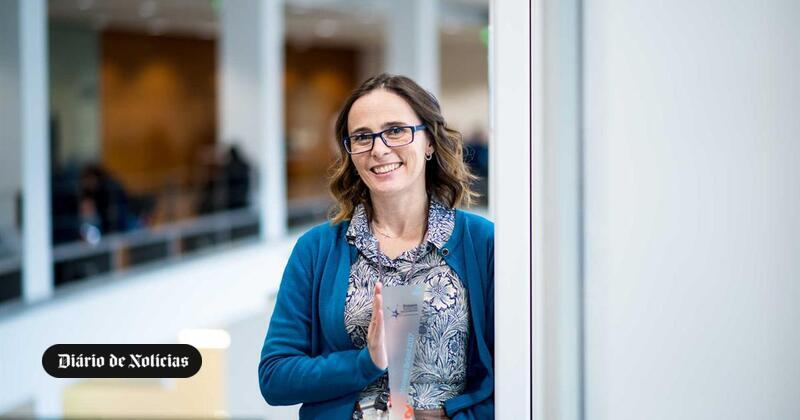 Since her childhood, Maria José Diogenes has always wanted to be a scientist. And today, a pharmaceutical science course, a master and a doctorate later, the university professor meets that dream. In fact, this has been done since the "second year of the degree" and was dedicated to research into Alzheimer's disease. Through this research, he won last year's Mantero Belard Neuroscience Prize at Santa Casa da Misericórdia in Lisbon.

The researcher's research – and a team of 16 people – from the Institute of Molecular Medicine at the University of Lisbon aims to repair the "umbrella" that protects our brain from Alzheimer's. The vast majority of people have focused on treating Alzheimer's disease in an attempt to cure the disease completely, explains Maria José Diógenes, but what the pharmaceutical science team does is different.

"We even have a parallelism: imagine someone walking and suddenly begins to rain intensely. In the brain of an Alzheimer's patient, imagine that the rain is protein that accumulates in the brain and what happens to that person is the umbrella which has (we have many substances in our brains that protect us) does not work, is broken. So most people have tried to stop the rain, namely stopping the accumulation of those proteins in the brain that seems to be the cause of Alzheimer's disease, but few They looked at this umbrella that does not work. "

Subscribe to newsletters Daily News and receive the first information.

This is precisely the place where Maria José Diógenes has shown and this is the place where he succeeds: in an attempt to understand why "the molecules we have in our body and that protect us do not protect us." And to reach a phase in which they already have a positive drug, it took 10 years of "very exhaustive" characterization of why this change "in our protective system". With this work, it was possible to "perceive the mechanisms involved in destroying this protection," a neurotrophic factor that protects very much, but that Alzheimer's disease is deficient.

You catch a disease that breaks our identity

Since the team of José Diógenes has realized the mechanisms of neurotrophic factor destruction, he has begun to work to prevent this. "We designed a precise molecule to avoid this disruption of the umbrella." Having already done a series of tests on animal tissues and being able to "demonstrate that this drug effectively protects the destruction of this umbrella," the team also managed to "reverse some of the deficits that existed."

At this point, the scientists of this project, who received a 200,000-euro prize from Santa Casa, are starting a series of "animal experiments that alter Alzheimer's disease to see if this drugn live these animals can restore lost memory, "explains the researcher who runs the project.

To this challenge is added another attempt to create a new biomarker – "a biomarker is something that helps us to perceive how the disease progresses." The way to get there was to realize that the umbrella, when leaving, forms fragments that go to the fluids of our body, namely the cerebrospinal fluid. The challenge is to understand, by quantifying these fragments, the state of evolution of the disease and this is the highly desirable biomarker, synthesizes the professor of the Faculty of Medicine at the University of Lisbon.

These are more than encouraging advances for the specialist who has long dreamed of a positive result for the scientific fight against Alzheimer, "a terrible disease that leads us to identity." "To think that someone is losing their memory is something devastating," he sums up, and this sentiment has led the scientist to show interest in the fight against this disease.

However, despite encouraging progress, Maria José Diógenes admits that, even if everything goes well, it will be some years before this therapy is accessible to the sick. "Before going to human studies, we have to make sure that this molecule we have is effective in animal models." This project analyzes this animal test already for the Alzheimer's disease model and has been designed for three years. need more, I can not say how much, but about ten years or more until I get to tests with people, "says the researcher.

Maria José Diógenes does not hide the big help that is the Santa Casa scholarship through the Neuroscience Award. Financing 200,000 euros for three years makes this award a "spectacular opportunity." In addition to its existence, "at national level, it has actually created a niche of opportunity for Portuguese neurologists," given the unprecedented nature and its annual periodicity. This year, the awards will be announced on November 28th.

Last year's winner acknowledges that fundraising is a major part of his work. "We, researchers, have more concerns: on the one hand, finding a good question to investigate, on the other hand doing quality work and raising funds, because only with funds we can do science."

Maria José Diógenes does not see this need as an obstacle to work but an opportunity to do more. "We always apply for scholarships, many projects, it is difficult, but it is so for any science contest, it is very competitive, but we are increasingly resorting to international funds."

Researchers' life is looking for funds "normally for two or three years", puts the right questions and finds answers, which often open doors to new questions, all in order to solve the problems of society. In the days of science, it is correct. But the good news is that when they get there, the answers always come in time to make the difference.