"His training was better than sex!" »Pep gave him a reply: D 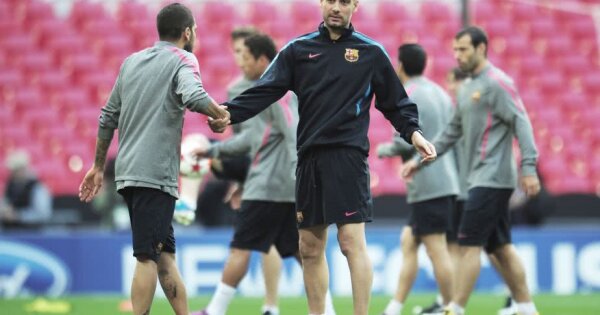 Dani Alves (35 years old) talked about the influence that Pep Guardiola he had it in his development as a footballer and the attention that the Spanish technician gave to every detail.

"Guardiola was the key to Barcelona's success, he knew how to behave with each other, we were not just footballers for him, we were friends, a real family.
When something went wrong, Pep was always finding the solution. He had the grace by which he managed to bring out the best of us. The training under his command was better than sex!

I will never forget when he told me that he would teach me how to play without the ball. It surprised me. I did not really care about this detail until then. For me, it is no surprise that he managed to win the title in both Germany and England. It could be unexpected only for those who do not know him, "said Alves according to The Independent.

Pep Guardiola thanked Dani Alves today during the press conference before the derby with United in Premier League. "I'm glad to hear that, but I have to contradict it. I prefer sex"he joked his technician Manchester City.

See also: Uli Honess, the man who identifies 100% with Bayern, leaves! Latest decision in the Bundesliga