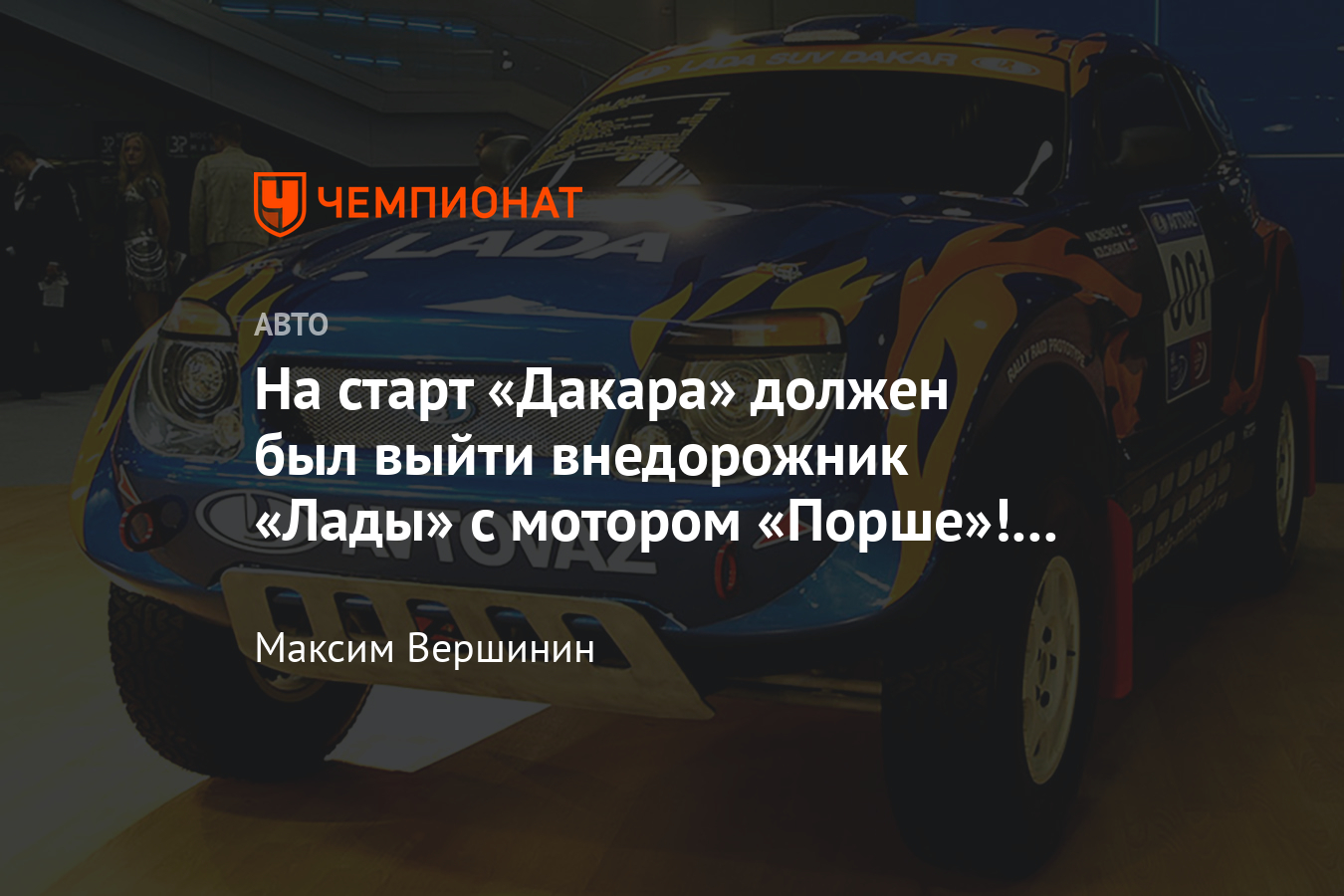 Many people know about the participation of Russian cars in Dakar. And not only about the formidable KAMAZ master trucks, which became legends of the marathon rally, but also about the Lada models that competed in the off-road category. True, the AvtoVAZ factory team with a car of their own design never came to the beginning of Dakar, although such plans have been in the very recent past.

For motorsport fans, Lada’s participation in Dakar is invariably associated with the name of Jean-Jacques Pok – a Frenchman who sold Soviet cars in Europe, he quickly realized that participating in long-distance races in the Niva would help sales machine. The story, which began with the launch of standard SUVs in the literal sense, through several variants of the model with much more serious changes, ended with the creation of the iconic Lada Samara T3.

That car, visually reminiscent of the VAZ-2108, was actually a real prototype, worked on by foreign engineering companies, including the famous Oreca, and the engine and all-wheel drive of the model come entirely from a Porsche sports car – thanks to the driver and one of the authors of the project, the Belgian Jacqui X, who had links with the German car manufacturer. So, one of the brightest rally cars was born by the forces of the French team.

How “Niva” almost won “Dakar”. Lada’s successes and failures in the legendary marathon

“Niva” came on the podiums, piloted by Formula 1 and 24 Hours of Le Mans drivers, and designed by aerospace engineers.

After leaving his team in Poka, the Samara T3 was sold (more precisely, paid for debts) to AvtoVAZ, which exhibited these cars in the colors of its own team. The plant received three full prototypes and the remains of a test specimen, but two copies of the Lada Samara T3 have survived to date. The last time this prototype entered the race was in 2000 and it seems that the story of the AvtoVAZ rally prototypes ended here, but it had an unexpected continuation in 2006.

At that time, the Russian car market was still feeling pretty good – many Russian premieres and even European debuts of the new models were taking place at the Moscow International Motor Show, and at the AvtoVAZ stand there was a brilliant in every sense of the word Lada. Raid. The racing SUV that the company was to exhibit in Dakar as part of the factory team! 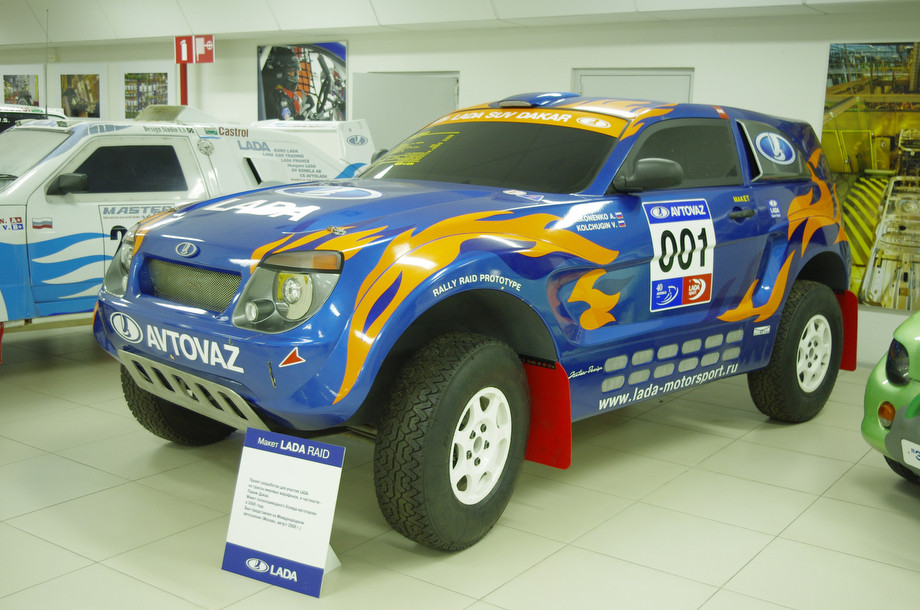 I worked on the look of the car Vladimir Yartsev – a designer whose name is known, perhaps, by a few, but whose project has been seen by everyone several times. The person who created the VAZ-2110 look also developed the exterior of a promising racing prototype. In terms of the model, one could clearly read a reference to the design of the classic “Niva” with its round headlights, characteristic “eyebrows” above them, recognized by the three air ducts in the rear pillar of the body. Only the color scheme was unusual – before that, all the “Lada” races were predominantly white with blue and red accents, but now they decided to make the car bright blue with bright orange details.

However, the design could change on the road to ready-made prototypes. AvtoVAZ was serious about that. It was stated that the car, developed using mathematical modeling systems, will be built around a structural tubular frame with plastic body panels, and the longitudinal arrangement of the engine behind the front axle will ensure the optimal weight distribution of the car.

AvtoVAZ intended to use no less than one Porsche engine as a power unit. The 3.8-liter 6-cylinder boxer engine was on later versions of the Lada Samara T3 and they were either going to use these units for the new Lada Raid (the probability of which tends to zero), or they actually planned to get Porsche support and get new engines. (not a fantastic, but very unrealistic version of the development of events), or if all these were just words designed to illustrate the continuity with Poka Sr.’s creations – now you can’t figure it out. The Porsche boxer engine had to be combined with a 6-speed sequential gearbox and all-wheel drive (they didn’t say here if it was of their own design or, again, from a German carmaker).

The body’s plastic panels had to hide the pilot’s and navigator’s seats, spare parts and tools, a 500-liter fuel tank and three spare wheels simultaneously (again, like the Samara T3, where one of the spares was attached to the roof). All the technical details about the new “AvtoVAZ” product promised to reveal closer to the start of the race. And he, as the plant promised, had to take place without fail. 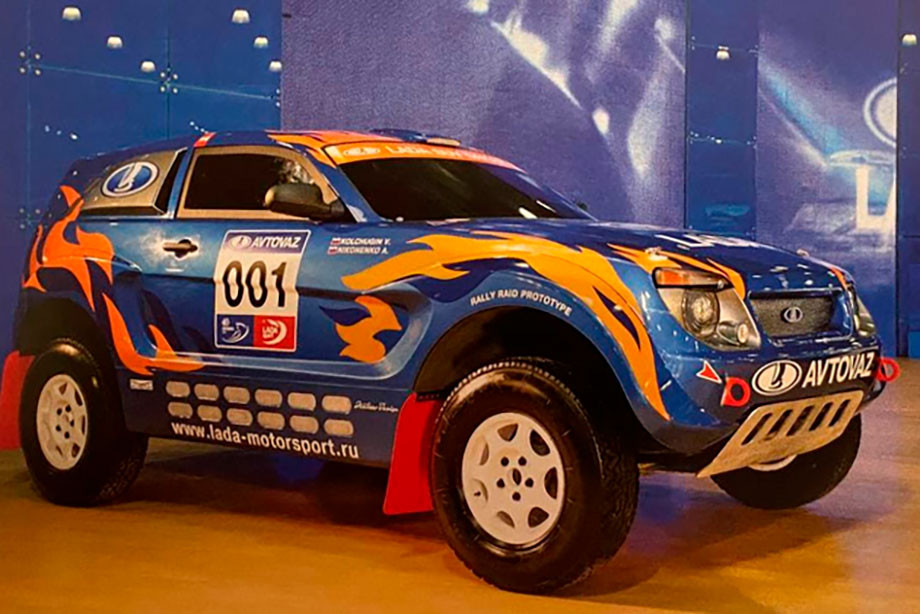 “For the first Lada Raid, an electrical frame and a series of plastic components have already been manufactured. In 2007, two cars will be tested at various Russian rally competitions, and in 2008 the Lada Raid is scheduled to enter the Paris-Dakar motorway. It is assumed that the honor of AvtoVAZ in Dakar will be defended by experienced VAZ pilots. The first crew is Alexander Nikonenko and Valery Kolchugin, the second is Boris Maslov and Viktor Vinokurov.

Project managers note that much remains to be done, as not only the talent of pilots and reliable equipment are important for successful performance in such competitions, but also a service that works well, giving athletes and a car everything they need in during a long marathon “. and the plant that expects its glorious life during its premiere at MIAS-2006.

It was reported that in six months – work on the Lada Raid began in January 2006 – it was possible to develop not only a design project and a layout scheme, but also “in close cooperation with foreign producers” to develop the main components. of the prototype, as well as to develop the manufacturing technology of the exterior body panels. … Judging by the fact that the exhibition copy of the impending storm “Dakar” was made practically of matches and acorns and, more precisely, of plastic and plywood, the authors did not give priority to the works on a large model. 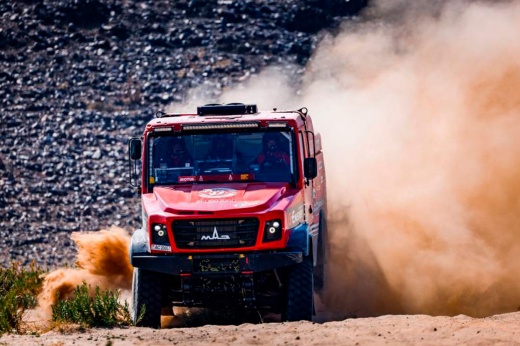 Master KAMAZ’s main competitor has failed – the Russians dominate! The results of the fourth day of “Dakar”

Against the background of another victory of Dmitri Sotnikov, the Belarusian Sergei Vyazovich lost real chances to win. And Karjakin is growing more and more.

What the real Lada Raid for rallies would be, we will never know. In the AvtoVAZ tradition, there were a lot of conceptual machines to make, however, even from those models that were verbally guaranteed a lifetime of the conveyor belt, not all of them reached production and not in the specified time frame. What can we say about the promising initial from the market point of view, the project of the factory racing team with a completely new sports prototype.

Predictably, no funds were found for the implementation of the Lada Raid idea and then the reorganization of AvtoVAZ began and they forgot about their own team, not only in the international raids, but also in the Russian rallies. Just like the idea of ​​creating a race car for this discipline. But Lada Raid remained – in the factory museum everything has the shape of the same look as it was presented at the Moscow Motor Show. The model, who has become a monument to the unfulfilled, hopes to see on the track of the legendary Dakar a Russian car in the colors of the team of the Russian factory that developed it. 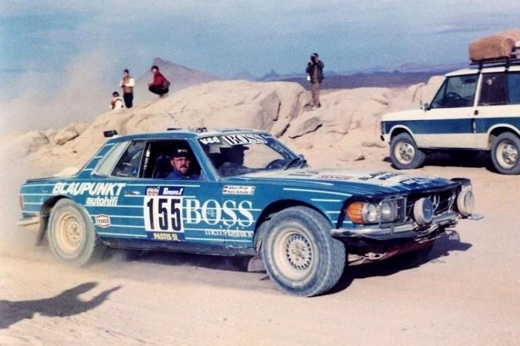 From Rolls-Royce to Lada: the most unusual Dakar SUVs

The strangest projects. And after all, some have been very successful!

Samsung is starting to accept older cameras in exchange for a huge discount on the Galaxy S21 – Ferra.ru