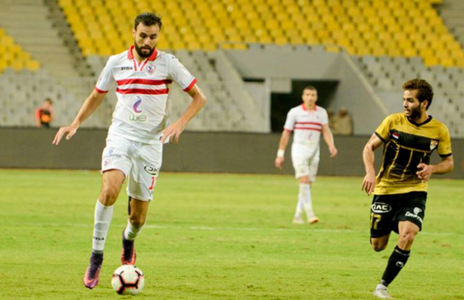 Tunisian Hamdi Al-Naqaz, right-wing Zamalek club, will lose his team in the next Egyptian Premier League match due to the accumulation of warnings.

Al-Naqaz received a yellow card during his team's match against the border police, where Zamalek won 2-1 in the 13th round of the Egyptian league.

Zamalek will be banned from the match due to the accumulation of warnings ahead of military production in the 14th Egyptian Premier League round.

Zamalek kept the Egyptian Premier's tip, beat the border guards, and moved and widened the gap with tyrant pyramids.

Sassi Ferjani is also absent from the production match because of a warning against border guards Monday night.