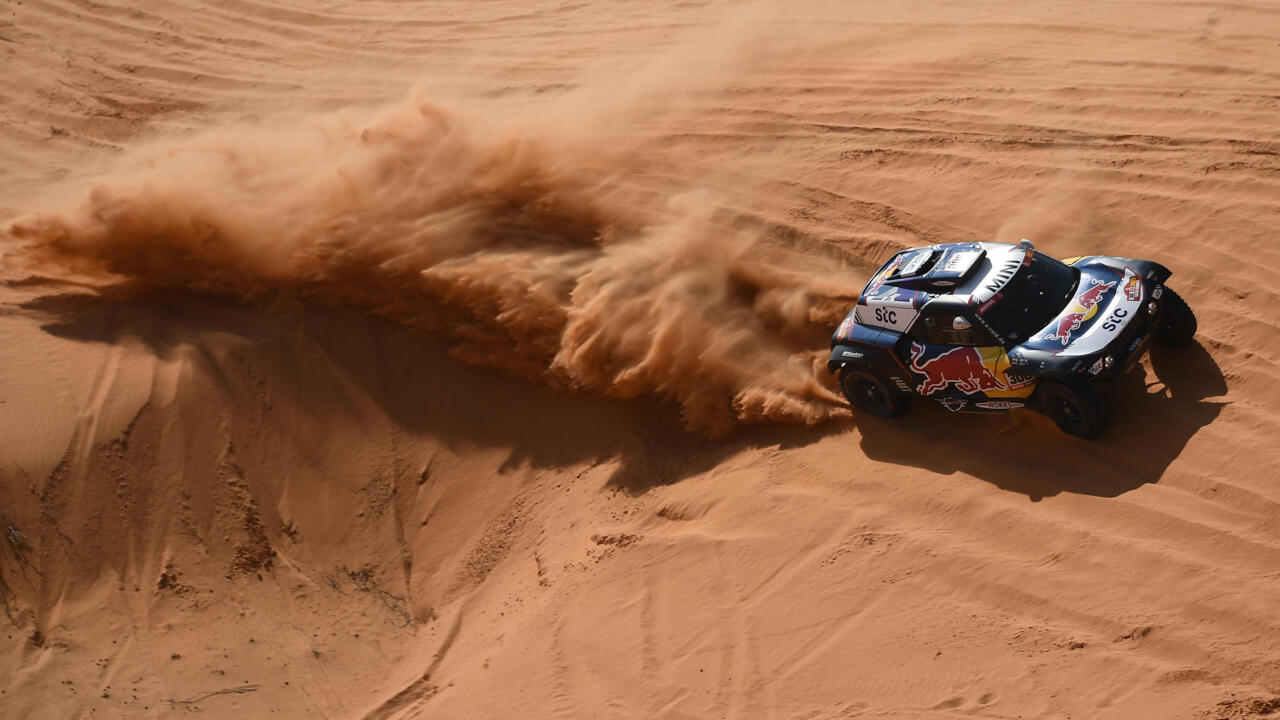 Carlos Sainz (Mini) won on Friday night, in the 6th stage of Dakar-2021, while another favorite, the Frenchman Sébastien Loeb (BRX) seems to have lost any chance of a final victory.

After they both lost a lot of time on Thursday, their reaction was diametrically opposed: when fate fell on the French, Carlos Sainz drove the 348 km special between al Qaisumah and Hail from start to finish.

Third overall, more than 40 minutes from Frenchman Stéphane Peterhansel (Mini) and almost 35 minutes from Qatari Nasser Al-Attiyah (Toyota), the Spanish title holder started in 9th place, then showed the fastest from the first checkpoint before widening the gap for his followers.

A demonstration of “El matador”, stung by two difficult specialties. The three-time Dakar winner thus won a second special during this second edition of the rally raid in Saudi Arabia.

“Everything went very well,” he enjoyed at the end of the special, in a calm tone that contrasts with his statements from the previous day, about a course that he considered too focused on navigation and in which he got lost.

On the other hand, for Sébastien Loeb, the galleys follow one another. Starting at 19, he broke a suspension triangle at kilometer 97 of the special, shortened by the organizers due to too many late people stuck at the end of the previous special.

The nine-time world rally champion waited more than five hours for his team to join him on the right side! Hours after Sainz’s arrival, Loeb had not yet crossed the line.

Meanwhile, the Frenchman Stéphane Peterhansel (Mini) who took the 4th place on the stage, keeps the lead in the general classification. He gave up 7 min 34 sec. His illustrious teammate, Carlos Sainz, and 18 seconds to Nasser Al-Attiyah, his most direct follower in the standings.

But “Monsieur Dakar”, referring to his thirteen victories in the rally-raid, still has a comfortable advantage of 5 minutes 53 seconds over Al-Attiyah, the triple winner of the event.

On a motorcycle, the gaps are thin and everything remains open. Spaniard Joan Barreda Bort (Honda) won the stage ahead of Botswanan Ross Branch (Yamaha) just 13 seconds ahead and 53 seconds ahead of Australian Daniel Sanders (KTM).

The driving special did not present any particular difficulties, and the best drivers went wheel by wheel.

Overall, the 2019 Dakar Australian winner Toby Price (KTM), 6th in Friday’s stage, took the lead in the overall standings he left in the second stage.

He is ahead of the Argentine Kevin Benavides (Honda) with 2 min 16 sec and with the Chilean Jose Ignacio Cornejo Florimo with 2 min 57 sec.

Frenchman Xavier de Soultrait (Husqvarna) finished the day a distant 14th place, but is ambushed in 5th place tied with Botswanan Branch Ross with 3 min 41 sec behind the leader.

On Saturday, a day of rest is scheduled for the 250 teams in the race, only to recover before the two-day marathon stage that will link Hail to Sakaka (742 km) and then Sakaka to Neom (709 km) without any another intervention on the cars. than that of pilots and co-pilots during their break at the bivouac.