Morning – The Atlantic Bank is in the BCP colors 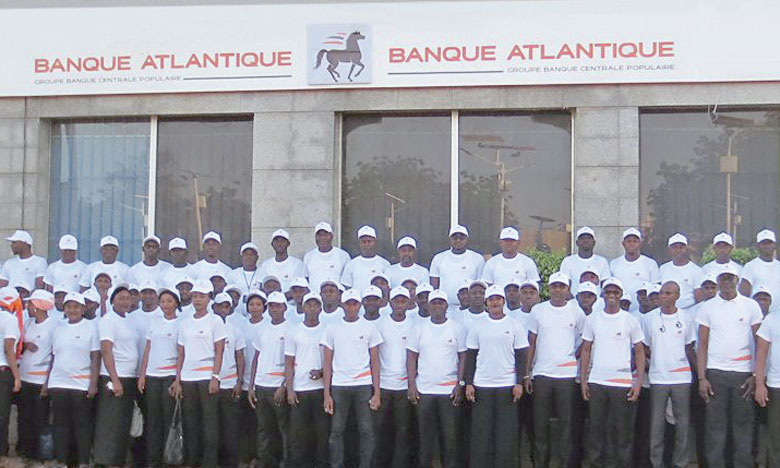 The launch ceremony of the new corporate identity took place last week at Niamey, at the bank's headquarters.

Banque Atlantique adopts new graphics. The branch of the Banque Centrale Populaire Group (BCP) has made this change as part of the transformation project initiated by its African company Atlantic Business International (ABI) and its 16 subsidiaries in 10 subregional countries. The launch ceremony of the new corporate identity took place last week at Niamey, at the bank's headquarters.
Thus, Banque Atlantique strengthens its image by implementing the "horse" emblem of Niger to reflect the DNA of the BCP group, such as its subsidiaries in Côte d 'Ivoire, Mali, Benin, Burkina Faso in Guinea-Bissau and Senegal. "This change represents a strategic change in line with the ambitions and commitments of the Sub-Saharan Africa BCP group, whose ambition is to build the first pan-African banking group, solidarity and localization," a statement by Atlantic Bank said. A "well-engaged" process because the ABI holding is "firmly established" in the first three UEMOA (West African Economic and Monetary Union) financial groups due to the sustained performance of its subsidiaries operating in the banking, insurance, corporate banking and asset management.