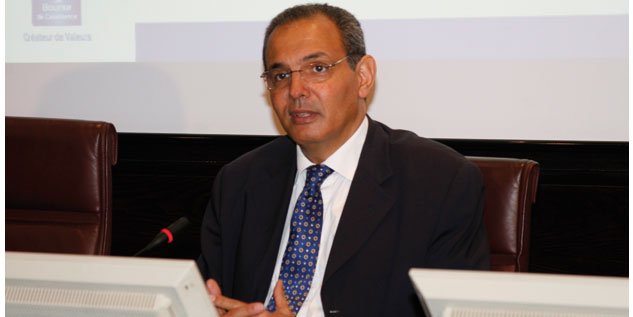 The 22nd Annual General Meeting of the African Stock Exchange (ASEA), held on 25 November 2018 in Lagos, Nigeria, has appointed Mr. Karim HAJJI, General Manager of the Casablanca Stock Exchange, as President of the Association.

This nomination confirms BVC's dynamism and confirms Mr Hajji as a leading player in the continent's financial markets. It should also help strengthen the golden age and influence of the Casablanca Stock Exchange internationally, 10 years after becoming Africa's second largest financial center.

Mr. Edoh Kossi AMENOUNVE, Director General of BRVM, was appointed vice-president of the same Assembly. During his tenure as ASEA president.

Mister. Karim Hajji will be responsible for piloting the new 2019-2023 strategy of the association as well as the African Exchange Linkage project. In this respect, Mr Hajji said: "We are extremely honored with this appointment and we will not make any effort to unleash the potential of African stock markets so that they can make a full contribution to strengthening the financing of African economies."