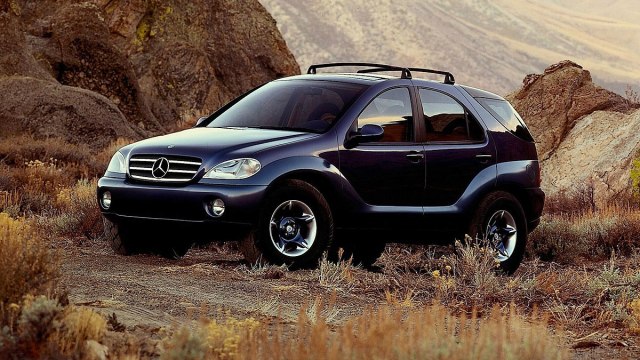 In just a quarter of a century, the German manufacturer has reached seven SUV / crossover models in its range.

Mercedes today offers customers a wide range of premium SUVs, from the compact GLA to the largest GLS, but not long ago, the manufacturers in Tuttgart, this type of vehicle, were completely foreign.

True, since 1979, Mercedes has been producing the G-Class, but it is a classic SUV that has a different purpose from the SUV model.

In the early 1990s, the company came up with the idea of ​​making a vehicle that would offer comfort and luxury equal to their passenger cars and that could also be used for “off-road”.

Work on the new vehicle began in 1993, and three years later, in early 1996, the concept was unveiled at the Detroit Auto Show. AAVision (Vehicle for all activities).

AAVision was the basis for the first production SUV of a German manufacturer, the future M-Class. The exterior of the car, especially the front, is very reminiscent of the later production model.

The concept was equipped with off-road tires and a spare wheel was placed in the trunk doors that opened the bonuses.

output Mercedes M class it premiered in May 1997 and was made in a new factory in Alabama, USA. Later, production began in Graz, Austria.

The first Mercedes SUV proved to be a successful model, so that in the following year, 1998, 43,134 units were sold on the American market alone.

The M-Class was renamed in 2015 and is now sold under the label – GLEand is also available in the Coupe version.

The current generation is the fourth in a row and since the beginning of production has sold over 2 million copies.