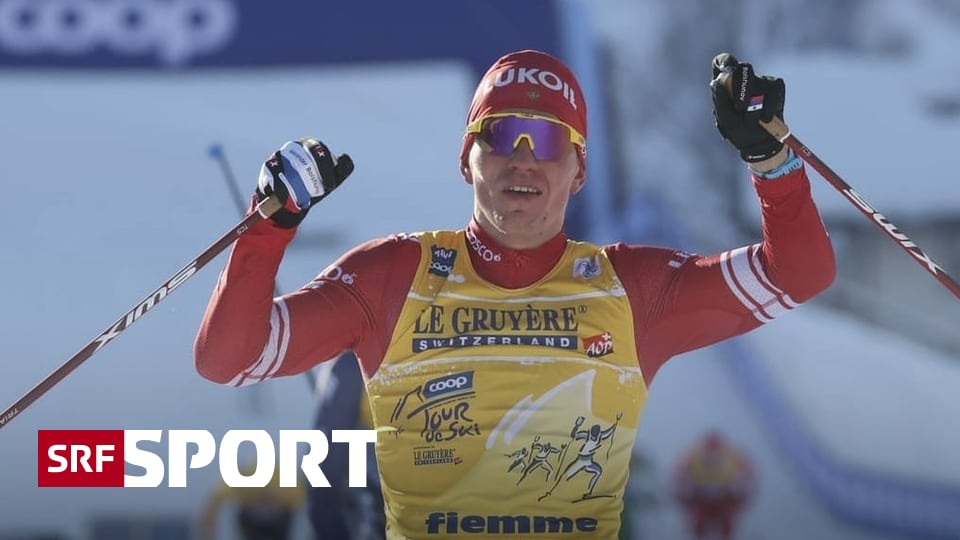 Almost 2 kilometers before arrival, things really got to work. While the top group consisted of over 20 runners until then, the Italian Francesco De Fabiani was the one who broke it.

De Fabiani attacked – and initially only the two Russians Alexander Bolschunow and Alexej Chervotkin could follow. After a tightening of the pace, only the Italian and the leader of the Bolschunow tournament were considered for the victory of the day. Bolschunow had a better time on De Fabiani. Chervotkin took third place.

Due to his success, Bolshunov not only extended his advantage in the general classification (he also collected second bonuses on the route). The tournament dominator and defending champion also celebrated their fifth stage victory (!) In a row. Only in the sprint in Val Müstair at the beginning, the winner was not named Bolshunov.

The best Swiss was not Dario Cologna, but Roman Furger. The urner ran a strong race and was always in the first positions. Finally, Furger finished 11th. One place behind, Cologna crossed the finish line. Beda Klee convinced that 14.

In the Tour standings, Cologna managed to improve by one place to 6th place. The gap to the podium is now at 1:30 minutes, the gap to the leader Bolshunov at 4:17 minutes. The overall victory does not seem to remove the 24-year-old Russian, given his dominance and the 2:37 minute reserve of Maurice Manificat (FRA), in second place.

On Saturday and Sunday there is a sprint in classical technique in the Val di Fiemme and, at the end, the climb to Alpe Cermis.