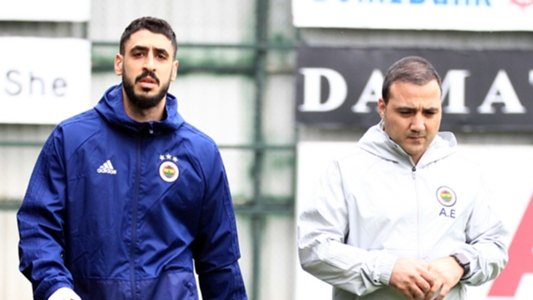 Fenerbahce, Super League 13 weeks on Sunday, November 25, with Trabzonspor away from preparations for a match with missing staff continued.

The first 20 minutes of training in Ercan Koeman's leadership were opened to members of the press.

Football players and national team players, thanks to the players played 9 players.

Meanwhile, Soldado and Jailson, the Trabzonspor match because of the punishments will not be able to wear.

Starting the training and speed of football players, then focused on the organizations of rust. Koeman's technical team also worked with the team in the heating section.

Yellow-lacivertliler, preparing tomorrow will continue to work with Fenerbahce Can Bartu Facility.

After the match against Sweden from the UEFA League due to injury by the national team's national team, Hasan Aliyan, eliminated from the situation, was expressed as good.

In the hall can be played the personally assigned match Hasan Ali, Trabzonspor.

The start of the season's transfer to the blue-yellow team, but due to the injury, he could not participate in the Tolga training, left the team and made a separate run.

Alper Potuk and Şener Özbayraklı did not participate in the training.