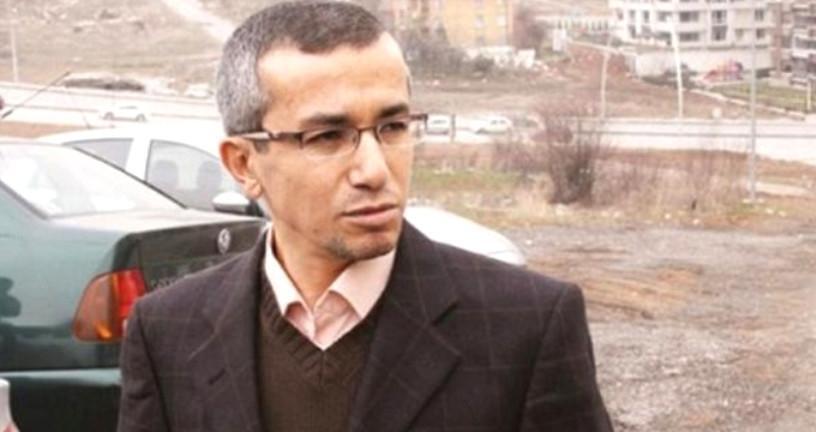 Prosecutor Murat Ozcan, the prosecutor, following the testimony of the magistrates, sent the magistrates' court a request to arrest the Sarikaya question, not filled here.
Guard guards have decided to arrest Sarikaya on charges of "being a member of an armed terrorist organization."

Turkey, the name of Ferhat Sarikaya, the 2005 Vancouver Rector University, Dr. Yücel Aşkın heard the indictment on the trafficking of historical artifacts asyyla and suç by establishing a band Y. Enver Arpalı, Deputy Secretary General of the University who was arrested in the investigation, he committed suicide on November 13, 2005. Dr. Aşkın acquitted him.

Sarikaya, Şemdinli district of Hakkari, on October 9, 2005, two people died in the event of Umut Kitabevi's bombing, the "Shemdlinli" charge, prepared for the event. In the indictment, which was accepted as "the first organization for the Turkish armed forces," the commander of the land forces, General Yasar Buyukanit, was accused of "forming a gang for committing a crime while commander of the 7th Army of Diyarbakir."

HSYK denied Sarıkaya, who prepared the "Shedemini indictment" on April 20, 2006, with a vote against 1 against 6 members. However, after the referendum in 2010 on the constitutional amendment, the way to return to the profession of judges and prosecutors, reopened the General Assembly of HSYK, removed the decision to export about Sarikaya. Sarikaya was re-admitted to this profession in 2011 and appointed to the Ankara Prosecutor's Office.

AFTER THE IMPACT OF IMPACT

Following the attempted coup d'état of FETÖ, Sarıkaya has now reached the public agenda as a confessor.

Sarıkaya, in his statement addressed to the prosecutor's office, the "Şemdinli indictment", adding the name of Büyükanıt, the congregation judge and police chief, adding that the request "after the dismissal of the profession judge İlhan Kaya" Hocaefendi (such a hero is out, he and his family to be looked at until the dead We have the Fetullah Gülen community to meet my needs, take care of my family and take care of me. I continued my life without financial loss, as if I had received my entire salary duration of my mandate.

Following these confessions, Sarikaya filed a criminal complaint against HSYK and argued that it would be unacceptable to remain in the profession. Sarıkaya, whose investigation was initiated by HSYK, was suspended until the investigation ended on 24 August 2016.

The council expelled Sarıkaya last week. Sarikaya was detained in a criminal investigation against him.