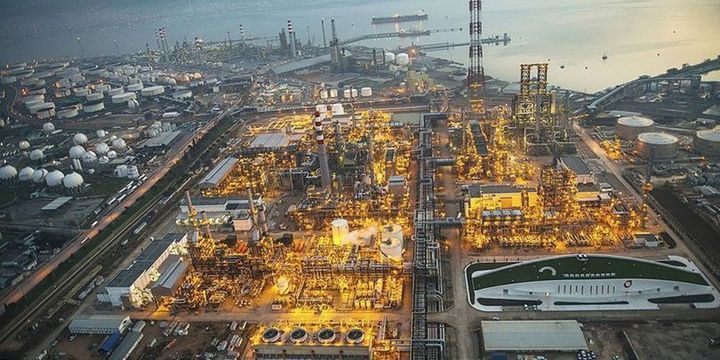 Turkey Petroleum Refinery Inc. (Tupras) statement made by the Department of Communication of the corporation, reportedly largely completed planned maintenance completed in full production in the third quarter.

"In the first 9 months of 2018, TÜPRAŞ increased its domestic gas and jet sales by 7% over the previous year and continued to meet the demand for fuel of our country." , the price of crude oil, starting at $ 76.7 a barrel in July, increased by 9% in the third quarter of 2018 due to increased geopolitical risks and supply problems. average crude oil price per month was recorded as $ 72.1 / barrel.

According to AA, the first nine months of this year, global growth, increased demand for air traffic and investment in infrastructure supported by the impact of diesel and jet margins last year, said the statement "Petrol and Fuel Oil Margins last year From lower It showed performance. Diesel consumption in the Turkish market in the first eight months of the year, an increase of 8 percent, while the increase in fuel consumption by up to 12.3 percent. 2018 3rd quarter continued to perform at full capacity to meet Tupras Turkey's demand, while domestic sales volume of 7.7 million tons, while total sales reached 8.7 million tons. The first nine months of the total sales were 22.3 million tons, "the statement said.

The statement includes the following information:

As part of our corporate risk policies, our managed balance sheet through strong financing policies, efficient FX position management and long-term early lending do not require a new long-term loan requirement. In the following period, the continuity of the strong balance sheet will support the operations of our company. TÜPRAŞ will continue to create added value for its shareholders, business partners and our country, achieving its operational and financial objectives with growing global competitiveness.