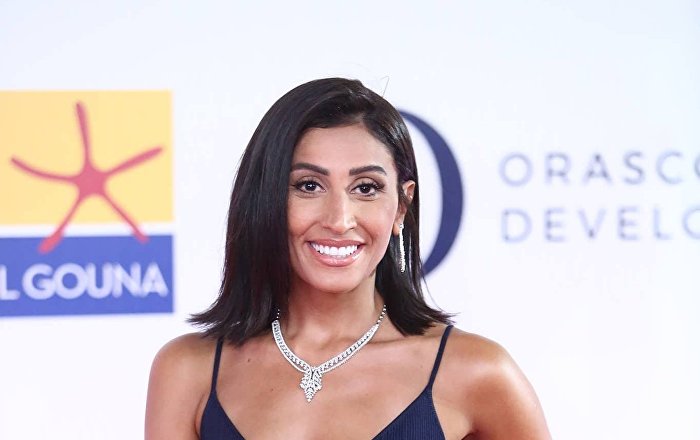 Egyptian actress Dina al-Sherbini did not answer the audience's question Monday after months of vague publications on social networking sites.

Despite the fact that the whole meeting concerned households and marriages and social sites, Dina El Sherbini did not answer affirmatively or negatively about marriage to Egyptian singer Amr Diab.

Al-Sherbini replied by answering some of the words of the program's presenter, Saudi Younis, who commented on the questions of some of them and their criticism of Sherbini: "We are not afraid that our Lord will bring them together."

Dina's name has been associated with Amr Diab in recent months, especially since October 2017, when Amr Diab participated in his new film "Fame," including Dina El Sherbini, and will be seen in the summer of 2018, He has not seen yet the light.

Dina has always accompanied Amr Diab in his concerts and occasionally spreads pictures with them.

Dina Al-Sherbini apologized during her meeting with her "Excellency" program, broadcast on the Egyptian "DMC", for the dress that was presented at the opening ceremony of the second El Gouna Festival, which was a mockery social networking sites.

She added that her image in the pictures was not good and that the dress appeared stupid and apologized to the audience for this, especially after she gave her picture on screen: "I'm sorry."

Dina al-Sherbini confirmed she was not upset by the irony of one of her dance clips in the tone "Kiki," describing her as "cargo."

"There are things that make me laugh like a comment saying," Get the goods, "but I was annoyed by my parents and my mother's anger at rumors," she said.