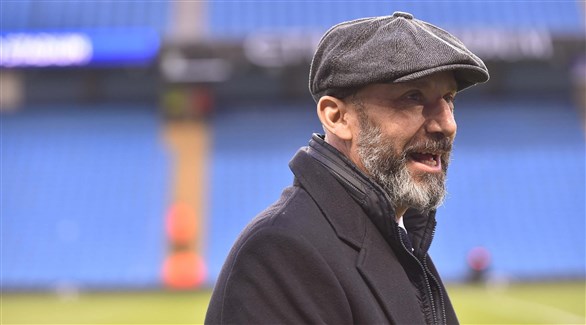 Former Juventus striker and Chelsea striker Gianluca Viali revealed on Monday that he has been fighting cancer for nearly a year.

At 54, who scored 16 goals in 59 points for the Italian team, he hoped his story would inspire people.

"I'm fine now, very well, it's been a year and now I'm back to have a wild body (joking), but I'm still not sure how it will end."

"I was wearing a jacket under my shirt so no one would notice anything," said the former striker, who was crowned with several titles, especially the 1996 Champions League with Juventus.

Viali recently published the second book "Objectives, the 98 + 1 story to meet the most challenging challenges."

"He wants to inspire the story of the people who are in the critical moments of their lives. I hope it will be a book kept by people on the bedside so they can read a story or two before bedtime or in the morning once they wake up."

"The other keywords that came up during the treatment are written on a yellow sticker on the wall," Viali said. "We are the product of our ideas, it is important not to win, but to think of a winner."

In 1992, he moved to Juventus, where he played for four seasons (1992-1996), crowned the league in 1995 and then to the UEFA Champions League the following year (Juventus) before coming to the Premiership with Chelsea.

After being crowned Chelsea in 1997, Chelsea's first Chelsea title in 26 years, became coach at the end of next season, continuing to play, crowned the European Cup and the Local League Cup, then added the FA Cup in 2000 as coach permanent.

He left Chelsea in September 2000 and then continued a brief training session with Watford before being told in 2002, a year after taking office.