The beach team faces Brazil in the Emirates International Championship 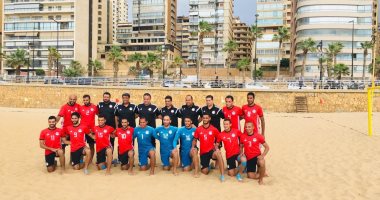 Egyptian beach football team headed by Ahmed Abdel Razek will meet with Brazil at 14:15 today in the second round of the Pharaohs at the Emirates Cup.

Egypt is due to meet with Spain on Thursday at 3:30.