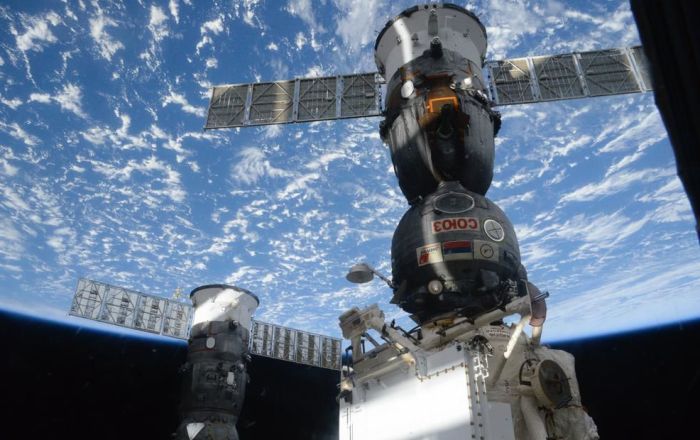 Hamilton Nasser Al Ahbabi, general manager of the Emirate's Space Agency, said his country is working on a sustainable human space program to participate in scientific space experiments, underlining that cooperation with Russia is a strategic strategy in this area.

Al-Ahbabi said in an exclusive interview with Sputnik: "We are adopting a series of scientific experiments to be carried out by the astronaut at the International Space Station in the field of science, biological or chemical, as well as agriculture,

To plant the palm in the international space station and this is a scientific experiment. "

"The United Arab Emirates astronauts program is not a unique astronautics program, but a sustained, paid program not only for propaganda or something like that," he said.

"We are working on a sustainable program of human space, astronauts exist, but the main purpose is science and participation in scientific efforts in conducting experiments in space."

As for cooperation with Russia in space, Ahbabi said that "Russia's cooperation and strategic cooperation of the UAE in various sectors, including the space sector."

"We signed a strategic cooperation agreement between the Emirates Space Agency and the Russian agency that we did in several projects, including the astronauts project, but we have another project to discuss a joint venture between the United Arab Emirates, Kazakhstan and Russia, "he said.

"For astronauts, a pilot or astronaut from the Emirates, the selection process is currently preparing two pilots from the United Arab Emirates in Moscow, Star City, who are now in training and have a training program," Ahbabi said.

The Astronaut in the United Arab Emirates will be ready early next year and in April, the UAA astronaut will be ready to launch for the International Space Station (ISS), currently a pioneer of space there. "

International Space Station on board the Soyuz spacecraft.

The astronaut will board a flight aboard the spacecraft Soyuz MC-12 on April 5, 2019. The travel candidate will either be Hazza al-Mansouri or Sultan al-Neyadi who have passed a wide range of tests,

Be prepared for this trip.

The main team and reserves will not be identified. The UAA astronaut will remain aboard the International Space Station until April 16 and will be able to participate in the World Astronaut Day on April 12th.

Astronaut from the United Arab Emirates will travel in space with Russian Oleg Scheripochka and American Christina Cook and will return with the two astronauts heading to ISS on October 11, 2018,