Accident in Kharkov: The court attached the historian Zaitseva 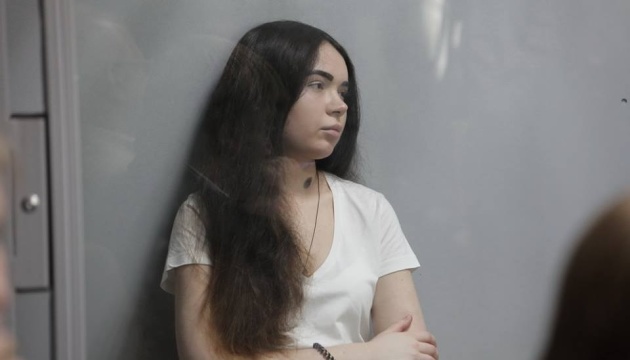 The Kharkiv Kiev Court in the case of an accident on Sumskaya Street, where 11 people were injured, partially granted the petition to protect defendant Elena Zaitseva about admitting a number of documents, including medical history, to the file.

About this correspondent Ukrinform said in the court.

"Both the persons involved – Elena Zaitseva and Ghenadie Dronov – are present at the trial, here the defense lawyers, the prosecutors, the representatives of the victim's part, the court partially granted Zaitseva's defense request and annexed to the file a series of documents, including excerpts from medical history, medical certificates and documents confirming that the Zaitsev family transferred monetary compensations to the victims' families, "- he told the court.

At the same time, they added to the court, the court took into account the prosecutor's opinion and did not attach to screen shots offered by the defense of the Internet, which would slander Dronov's inclination to drive quickly: "The court considered them not relevant ".

The next session of the court, as it became known, is scheduled tomorrow, November 27, 14:00.

As Ukrinform reported on November 21, the Kharkiv District Court in a Sumskaya street accident added that a narcologist who examined Zaitsev for opiates was not found. There is no official confirmation of his departure.

The court rejected Gennady Dronov's defense request to disqualify all four auto-technicians who showed that the Dronov car led the front behind the stop line.

On November 7th, the Kharkiv court of Kykkos extended the arrest of Elena Zaitseva and Ghenadi Dronov for two months – until January 5, 2019.

On October 26, the medical commission established, at the request of Zaitseva's protection, that he had post-traumatic cerebral encephalopathy recognized as having no pathologies and that he could stay in SIZO.

On 31 July, Victims' Advocate Larisa Matveeva said in the trial that at the time of the accident Zaytseva was in a state of drug intoxication: this is the response of the relevant Ministry of Health Center.

Zaitsev and Dronov are accused by Article 286, Part 3 (violation of traffic safety rules that have led to the deaths of many people) of the Criminal Code of Ukraine, with a penalty of up to 10 years in prison.