Banknotes of 1, 2, 5 and 10 hryvnia will not be withdrawn from circulation – NBU 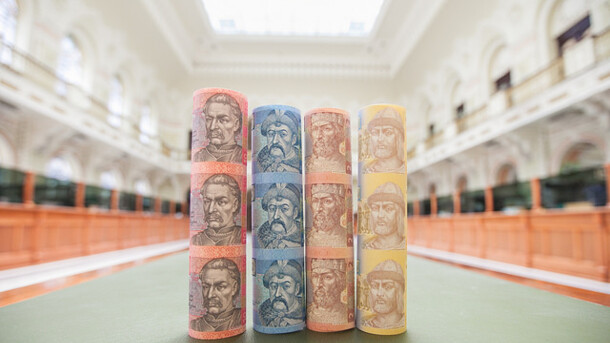 Ukrainians will be able to pay at the same time with new coins and banknotes in the names of 1, 2, 5, 10 hryvnia

Replacement of banknotes with new currencies: NBU clarified the terms

Ukrainians will be able to pay at the same time with new coins and banknotes in the names of 1, 2, 5, 10 hryvnia

Ukrainians will be able to pay for an unlimited period simultaneously with both new coins in the names of 1, 2, 5, 10 hryvnia and corresponding denomination banknotes.

According to the press service of the NBU, the paper money in the corresponding denominations will be in circulation parallel to the coins issued 1 and 2 hryvnia, as well as the planned currencies for the issuance of 5 and 10 hryvnia.

"The banknotes of UAH 1, 2, 5 and 10 will not be withdrawn from circulation, but, over time, the NBU will stop printing these banknotes and will also rebuild their currency circulation. collectors' needs ", – explained in the NBU.

As for the timing of the introduction of new currencies in the denominations of 5 and 10 hryvnia, the NBU reported that it was planned for 2019-2020, but the National Bank will inform citizens about the exact date a few months before their introduction – after the relevant decision was taken by the NBU Council.

Previously it was reported that the National Bank of Ukraine (NBU), which is already has put into circulation the coins of 1 and 2 hryvnia, intends to gradually abandon completely banknote paper from 1 to 10 hryvnia.

As is known, in 2018 also NBU have interrupted 1, 2, 5 and 25 kopecks, but does not intend to withdraw this from circulation. However, as well as paper bills – up to their "self-destruction", that is, until they are damaged. In addition, bills of 1, 2 and 5 hryvnia can disappear from circulation much earlier than money. Because, according to the NBU, the validity of coins is on average 20 years, and the paper – only one year, explained Smoliy earlier.

Currently viewing the news "Replacing new currency notes: the terms of the NBU clarified." See other financial news from the "Latest News" section.

If you find an error in the text, select it with the mouse and press Ctrl + Enter

Send an error message to the author?

Select the wrong text with the mouse

Thank you! The message sent.