"Destructive character": Mikhalkov spoke about his close friendship with Putin 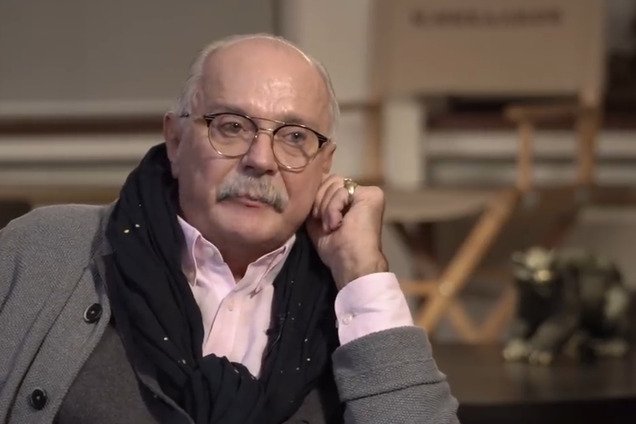 He gave the appropriate interview to journalist Yuri Dudiu, stating that he was trying not to abuse the visits of the head of the Kremlin, because this is "destructive" (to watch the video, go to the bottom of the page).

According to Mihalkov, relations with Putin began even before he became president and even prime minister of Russia.

"He worked in the administration, I was invited with the strange question:" I'm really going to run for president, "I said, not so we met," he said.

Dud asked Mikhalkov what kind of friend he was the president of the Russian Federation, to which he answered very elusively, adding that it was incorrect.

"Imagine, you wonder," What kind of friend is he? "I say," Bad. "Then why are you friends with him, you know he has friends who have been friends with him for many years than me, those who have been friends since childhood and this friendship continues … Here's the answer for you so this friendship does not depend on who you are, how much you love the person with whom you are friends, is a true friend, "the director said.

He added that he meets Putin on certain occasions if they appear. But such phenomena are not regular.

"I do not usually have the opportunity to communicate and I'm happy with this opportunity, but I do not try to abuse it, I never asked for anything for myself. I do not want to abuse it because it is sometimes destructive, at least for others , so I'm trying to be very sensitive to that. Once, when I had it, the FSO guys said, "Do you know why she likes to visit you? Because I never left here with a file of papers that were pushed by the people there. "Therefore, I try not to use this opportunity," Mikhalkov said.

As OBOZREVATEL reported, Mikhalkov has long and openly supported Vladimir Putin's policy. Because of his allegations about the annexation of Crimea and the events in Ukraine, the director was included by the SBU as one of those who are forbidden to enter our country.

In 2015, Putin congratulated Mikhalkov, "bold and bold," on a jubilee, with a telegram, noting that "he sincerely cares to keep the remarkable traditions of Russian culture." In addition, the head of the Russian Federation even made a chic anniversary of the director.

Read all "Russian News" on OBOZREVATEL.