In Android 10, there will be a feature that allows multiple applications to run simultaneously. 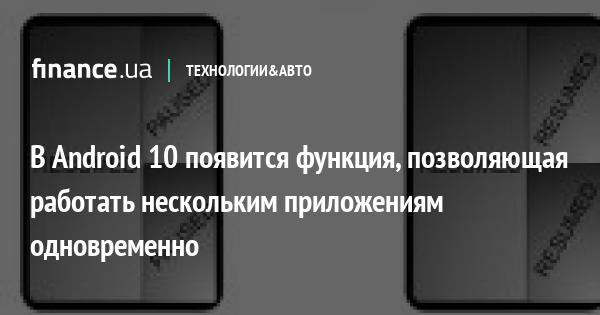 Multitasking in different forms has been present in the Android operating system since time immemorial, but only with the release of Nougat's Android version has made a more rational and orderly form with three separate modes of separate windows: Split, Freeform and Picture- in-Picture Android Oreo).

But the Split-screen mode, which appeared in Android some time ago, still has a significant limitation. Allows you to share the workspace of the screen in equal parts to simultaneously run two different applications, but you can only work with one of the applications.

See also: Android apps can be upgraded directly in use

This means that if you run two third-party applications at the same time, then after switching to one of them, the second one is interrupted. But that will soon change. And future flexible smartphones will help you change this.

Developer community XDA Developers wrote that the next version of Android OS Q (Android 10) will feature the Multi-resume feature, which will finally be able to work with two or even three applications running in multiple windows simultaneously.

Google is already launching and working in real-time for multiple applications simultaneously on Pixel smartphones. In addition, Samsung also offers similar functionality for the latest models with a special MultiStar module in Good Lock software. But with the release of Android 10, this functionality will become standard and will be extended to a larger number of smartphone models. In addition, there will be more third party applications that will support this mode of operation.