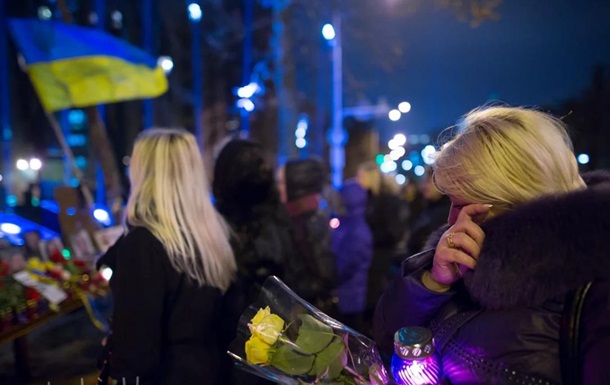 On the Dignity Day at the Independence Square in Kiev, there is an action in memory of the dead participants in the 2013-14 Revolutionary Dignity.

In Kiev, in Independence Square on Wednesday, November 21, there is an action in memory of the dead participants in the Revolution of Dignity. Reports on this 112 Ukraine.

"Several dozen people gathered in the Independence Square near Stella, where the Revolution of Dignity began five years ago. They have an improvised meeting, they also remember the events of five years ago, most of them being direct participants of the Revolution dignity, lamps and flowers ", – correspondent of the TV channel.

It is noted that in the Independence Square, consolidated security measures are police for police, patrolmen and the National Guard.

We remind that on November 13, 2014, Ukraine's President Petro Poroshenko signed a decree according to which Ukraine celebrates the Dignity and Freedom Day on November 21 in honor of the beginning of this two-day revolution: the Orange Revolution (2004) and the Revolution of Dignity (2013) .

Earlier, it was announced that several events will take place in Kiev with the participation of the country's leadership, a memorial prayer service, a march student, exhibitions will open, and a Ukrainian Shulyakh gnostnoi concert will take place in the Ukrainian House.