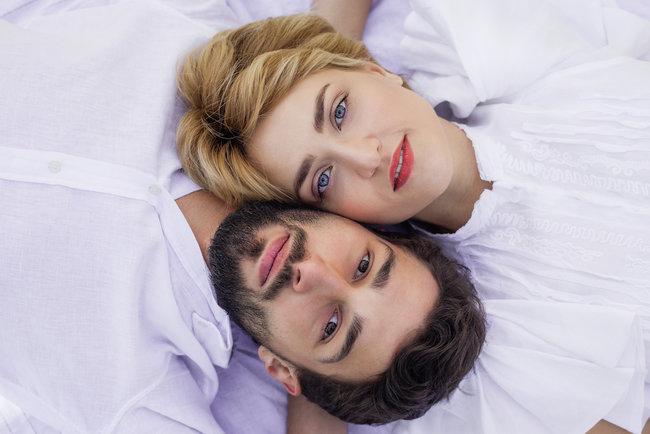 Vera and Roman Duda released a video on the "Tobi"

Singing Vera Kekelia and Roman Duda at the show, which Ekaterina Kukhar and Alexander Stoyanov danced in the Dancing with the Stars finals, thanked the fans with a novelty. The artists have released a sensual video on the customary Ukrainian song "Tobi".

In the film, Vera and Rome interpreted a couple who, being in the same house, does not see each other.

As in a parallel reality, each one lives his own life without noticing anything around him. Heroes sink into their inner world until a random touch changes their lives, giving them the chance to find happiness.

"Through the story in the film, we wanted to convey the idea that people often live without observing others. Experimenting with failures, doubts, focusing only on ourselves, we miss the opportunity to become happier, to meet the same person and to change your life, just open yourself to the world and learn to observe the beauty around you, "- commented Vera Kekelia's works.

Filming took place in the picturesque Ukrainian Carpathians among the mountains and in the colorful autumn forest. DUDA admitted that the film crew had to overcome the difficult weather conditions and the extreme cold:

"The high mountains were simply amazing, I have never seen anything like that before, but the mist, the ice in the morning and the cold was difficult, the most difficult scenes were in the water at 2-5 I shot in an ice water cascade, stay there for 20 minutes. I honestly could not figure out a tooth, and the glove did not help.

The director of the video was Lesya Podolyanko, the operator was Evgeny Usanov. The author of the composition text and music is DUDA.

We will remember, earlier, Vera Kekelia, about her complexes. The actress admitted that for a long time she was not happy with her appearance.