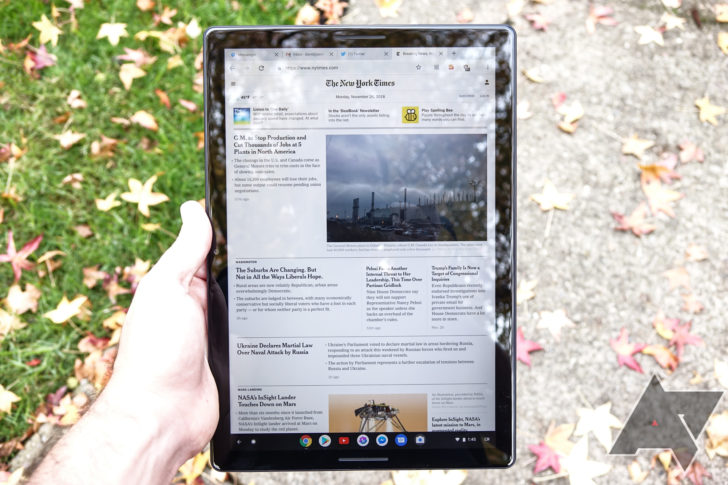 Viewing the full web is one of the great parts of using a Chromebook, but sometimes the full web does not feel so full – especially if you're exploring it with a touchscreen. Much of the internet remains poorly-optimized for touch, and desktop websites are still, first and foremost, designed for point-and-click experiences. With the launch of the Pixel Slate, Google's senior product manager for Chrome OS, Kan Liu, confirmed to me in an interview that the company is aware that not all websites will be a great fit for a touchscreen. To address this, the upcoming release of Chrome OS for tablets and touch-enabled Chromebooks will add the option to render the mobile version of a webpage.

In the upcoming release, we're also introducing "Request tablet site" in Chrome on Pixel Slate, and with more and more touchscreen devices, we expect the web to continue to evolve to be more touch-friendly as well.

While it basically confirms that a Chrome tablet may not always be the best way to browse the web, it's good that Google is acknowledging that this is the case instead of simply making users put up with it. After all, some desktop websites just do not work with touch input, with wildly out of control scrolling, impossible to hit touch targets, and unpredictable scaling. With this new toggle, you will basically be telling that website you're an iPad – which could make things much easier to stomach (and potentially improve performance).

Liu did not confirm which "upcoming release" he was referring to, but I have to expect this is a sooner-than-later kind of feature, as Google is rushing to polish up the experience on its new Pixel Slate tablet – probably one of the first devices that will be getting this new toggle. And the one that probably needs it the most.