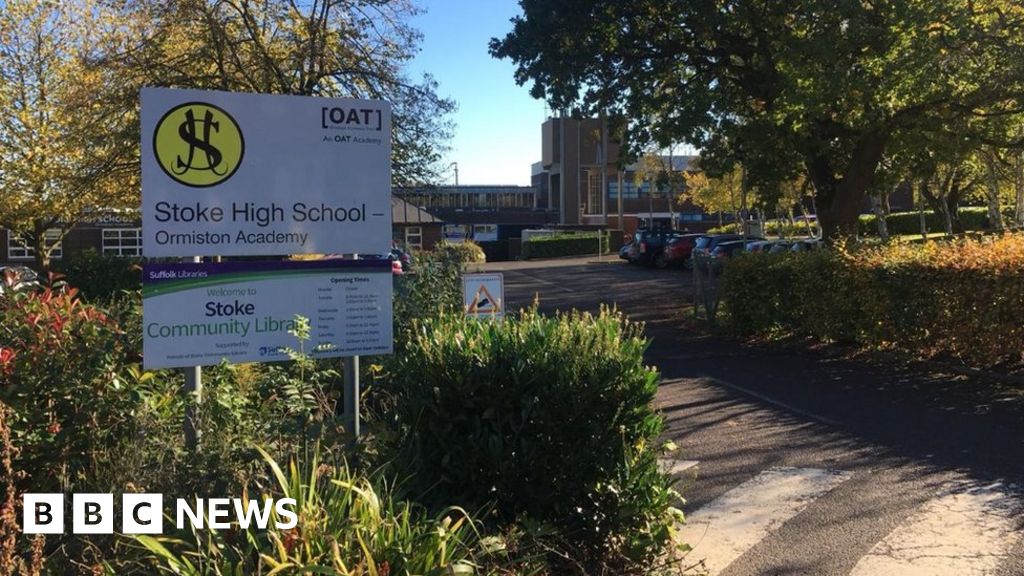 High school students are being studied after parents and classmates have stated they are 30 years old.

He thinks he is an asylum seeker who joins Stoke High School, Ipswich as a new student at the start of the race.

The school said she contacted the home office about the concerns, but refused to comment.

Another student shared a picture in social media with the message "How is a 30-year-old man in our math class?"

The Office said it did not tell the cases on a regular basis.

In a statement, the school said, "This is the matter of the household office and after we have contacted them.

"We do not comment on individual cases, but follow the policies and guidelines of government and local governments, as well as on all asylum cases."

He added that the student was "not currently attending school".

The government criteria for ensuring the asylum seekers' right to asylum are as follows:

Lewis Forte, whose little girl was a student at Stoke High School, said she was totally dissatisfied with the school's answers.

She said, "I went to school to express concerns about it and the teacher tried to listen, saying that all of her documents were present and correct, which were probably."

Mr Forte said that he believed that the student in question had been in school since the beginning of the school.

"If you have a child, I'm really sorry, but there were a few children in my class who looked old to look at age, but that's something else," he said.

Another parent warned the attention of others to social media: "I suggest that if your child is in the same class as this guy, stay away from school until this has been studied."

Victoria Newby, a child at school, said, "My daughter will not attend until I know for sure they have been taken away."

Ipswich MP Sandy Martin says parents should not throw away children from school because they do not endanger them.

"Stoke High School, for me, is a very safe environment for their children," said the Labor Representative.

"It's not the school's fault, but the home office is responsible for making sure people are sent to appropriate places.

The East Anglian Daily Times reports that parents suspect that a "man" has lied about his age to receive GCSEs because he did not recognize his qualification in England.